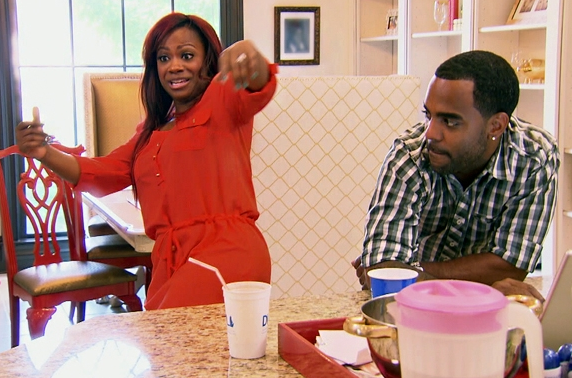 Kandi Burress of the Real Housewives of Atlanta (RHOA) will be featured in a spin-off show on Bravo about her upcoming wedding to television producer Todd Tucker.

Burress and Tucker recently announced that they have set a date for their wedding–but they didn’t reveal what the date is. The date is reportedly in early April.

The former Xscape member said that her mother doesn’t approve of the marriage, which has hindered the plans.

“I haven’t decided yet if I want something that’s small and just us or if we wanted to do something bigger and invite people. What was stopping me from even planning is the fact that my mom is not being supportive,” she told ABC News radio last year. “It’s like, okay do I really want to have a wedding and my mom may not show up or if she does show up she’s going to be mean and negative? You know, you don’t want the bad energy either.”

The wedding special, which hasn’t been officially announced, was reported by blog Straight From the A. Burruss previously starred in her own series, “The Kandi Factory.”