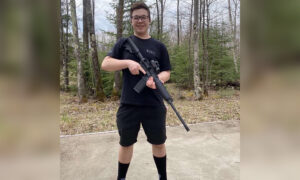 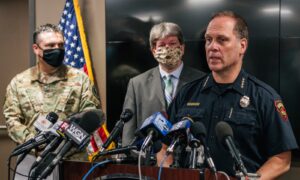 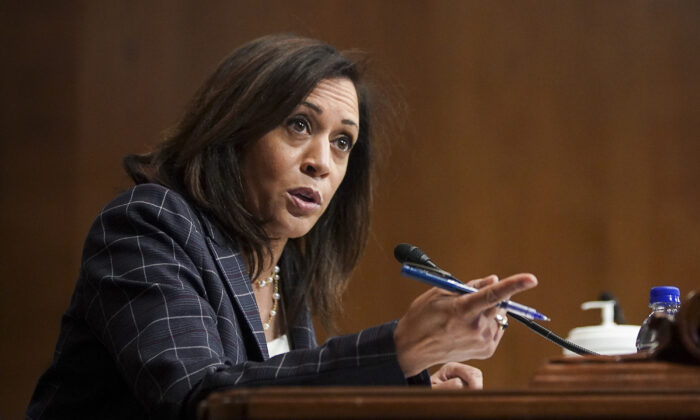 Sen. Kamala Harris (D-Cali.) speaks at a hearing at the Capitol Building in Washington, on June 25, 2020. (Alexander Drago-Pool/Getty Images)
Politics

Democratic vice presidential nominee Kamala Harris said Thursday that, while she has not seen all the evidence, she believes the police officer who shot Jacob Blake likely used excessive force and should face charges.

Blake was shot seven times in the back by a policeman in Kenosha, Wisconsin, in a confrontation with officers who were dispatched to  residence after a woman called 911. He survived the encounter and is recovering in hospital, though family members said he is paralyzed from the waist down. The incident sparked a wave of protests in Kenosha, some violent, with a shooting on the third night of unrest resulting in one injury and two deaths.

“I think that there should be a thorough investigation and, based on what I’ve seen, it seems that the officer should be charged,” Harris told NBC in an interview that aired Friday morning.

Harris, a former prosecutor and California attorney general, told the interviewer that, while she is unfamiliar with all the facts in the case, she thinks it’s unlikely the use of force was justified.

“The man was going to his car. He didn’t appear to be armed,” Harris said. “If he was not armed, the use of force that was seven bullets coming out of a gun at close range in the back of the man, I don’t see how anybody could reason that that was justifiable.”

During the Aug. 23 incident, officers tried to arrest Blake, who had an outstanding warrant for sexual assault, and a struggle ensued. Officers were unable to subdue Blake after using multiple stun guns. Disobeying orders from police with drawn guns, Blake walked around the vehicle and opened the driver’s side door, reaching in, at which point Kenosha officer Rusten Sheskey fired his gun seven times into Blake’s back while holding onto his shirt.

A new video has emerged showing the incident from another angle. It shows officers struggling to subdue Blake on the grass beside the vehicle, before he manages to escape and dart around to the driver’s side with Sheskey in pursuit with his weapon drawn. Blake was to later admit he had a knife, which investigators later recovered from the floor of his vehicle.

“During the investigation following the initial incident, Mr. Blake admitted that he had a knife in his possession. DCI agents recovered a knife from the driver’s side floorboard of Mr. Blake’s vehicle. A search of the vehicle located no additional weapons,” the Wisconsin Department of Justice said.

Sheskey, who has been a Kenosha Police Department officer for seven years, has been placed on administrative leave.

Multiple investigations have been launched in connection with the shooting, including a civil rights probe led by the Justice Department.

Chaos erupted in Kenosha following the incident, culminating in gunshots on Tuesday night, with a 17-year-old Illinois teenager arrested and charged with homicide and attempted homicide after allegedly killing two people and wounding a third.