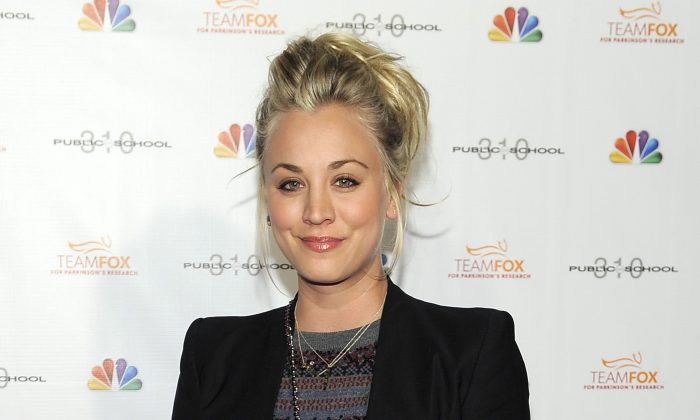 New pictures of Kaley Cuoco have appeared online, and are possibly part of the massive hack that left numerous pictures of celebrities–including Cuoco–circulating across multiple websites.

Cuoco, best known for starring in “The Big Bang Theory,” appears to be clothed in both of the new photos, which originated on 4chan.

One picture is cropped from just below the neck, and shows that actress saluting while posing for a picture in what appears to be a house. The other picture shows Cuoco taking a selfie in a bathroom with jeans and a bra.

After being posted on 4chan, the pictures were quickly linked to on Reddit under a thread titled “More KC.”

Most users weren’t thrilled with the pictures.

“Im afraid im going to die of old age before I get good kaley and hayden pics, and im in my 20’s,” said one user.

“We can get better pictures of her searching Google,” said another.

Another user went to the extend of posting a new thread posing a theory that Cuoco is behind the new leaks.

“I may be wrong, but from years of seeing trolls you learn their habits. What they do and how they do it. Anyone else think that Kaley Cuoco is trolling us? She did already post to her twitter about her and her boyfriend ‘nude’ and blurred out on the beach. She keeps posting new non-nudes, and it got me thinking what if she and her friends are all dumping stuff to troll us?” the user wondered.

“All the new leaks have been of people who Kaley Cuoco seems like she may know. Wanting to see how long they can go for before coming out saying they trolled ‘the internet’ ‘4chan’ or ‘reddit.'”

Others pointed out that the new photos, combined with the new ones of Hayden Panettiere, seem to indicate that another dump may be on the way.

“Now this is interesting. The post on 4chan has these new clothed Kale’s, censored Hayden Panettiere, and what seems to be blurry thumbnails of more Hope Solo nudes. Looks like there’s more stuff unless it’s all edits,” added another.