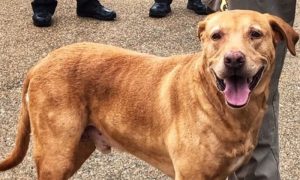 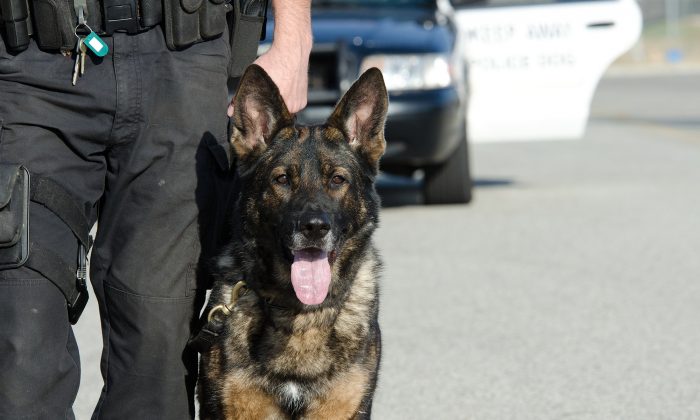 When the parents of two 8-year-old children in Powhatan, Virginia, realized they couldn’t find their kids on the evening of March 23rd, neighbors and friends immediately spread out to track them down.

The group returned home unsuccessful after a desperate 45-minute search, though, calling the police as the evening light began to fade.

Praying for a best-case outcome but fearful of something tragic having happened, the parents allowed officers and a 4-year-old K-9 named Bane to quickly enter their home before heading out into the quickly darkening woods. Fifteen minutes later, Bane was back—with both children in tow!

Eight-year-old Chloe Reese explained to WRIC News that she and a friend had been running in the woods with her brother and one of his friends, and what they thought was “a chase game” left her and the other younger child lost in the trees.

“My brother and my older friend came looking for us,” Reese said. “We thought it was like a chase game and then like we accidentally went to [sic] far, and we got lost.”

The happy ending was used by the Powhatan police department to explain why they find it so crucial to keep up their K-9 unit, even with the financial cost that it bears on the department.

“Maintaining a K-9 program is expensive and very time consuming and that is why many agencies the size of the Powhatan Sheriff’s Office do not have one. But incidents like last night’s two 8 year old children being lost in the woods are why the Sheriff keeps the program going strong,” they wrote on Facebook.

Bane’s handler, Quinn Pasi, was equally adamant that the brief but important mission showcased the need for funding for K-9 units perfectly.

“Finding a lost child is satisfying in and of itself, but professionally it kind of reassures the training and the time that we put into the program that it’s actually working,” Pasi explained.

I was nominated by Majorg Pain to post 1 picture that makes me happy/proud to be a dog handler/owner (only 1 picture). I…

K-9 units are used worldwide, both by police forces and military operations, to help with everything from sniffing out fugitives and missing personnel to identifying dangerous or contraband substances like narcotics and explosive devices.

They aren’t cheap, though. Training a dog to work in the field is expensive and time-consuming, and making sure that the dog is then well treated and handled properly means even more resources—and training for the officers who will handle and interact with the dogs, to boot.

This is Kristina Pasi getting sweet snuggles from K9 Bane.

That financial strain can put these kinds of specialized units up on the chopping block when funding becomes tight, especially in a small, rural region like Powhatan. The population of the Virginia county was just 28,046 at the 2010 census, and it’s far enough outside of bigger cities like Richmond to be able to use some of their resources in fast-acting situations like this one.

For Bane’s handler Pasi, though, a successful rescue like the one this past week is a great way to raise awareness for keeping these programs alive.

“That’s where I get a lot of the satisfaction from beyond the happiness of finding lost children,” he said.

Bane at 7 weeks the day I got him and then on his 1st birthday.