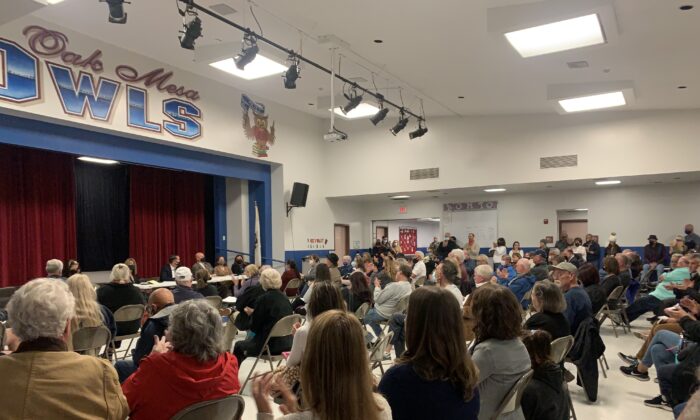 LAVERNE, Calif.—California state juvenile detention centers are planning to transfer young offenders under age 25, convicted of murder or other felonies, to juvenile general probation facilities located in residential areas. Offenders will be sent to county facilities in accordance with mandatory instructions from the California State government. This move has triggered strong backlash from local communities.

A La Verne resident told the county representatives: “The proposed detention sites that the County of Los Angeles is considering for these felons to be rehabilitated are adjacent to our neighborhoods, also near our hiking trails and golf course. There are two main access roads to the neighborhoods. Anyone coming or going to the camps [detainees, visitors, etc.] would pass through our neighborhoods.”

When a resident asked if the Los Angeles County government can ensure the safety of local residents, Chief Deputy Probation Officer Adam Bettino said the officials could not make such a promise. He added that the county government is under the pressure of a state mandate to manage these juvenile offenders. When asked why nonresidential areas had not been chosen to house young criminals, he did not address the question.

“This has been going on for many months and we didn’t have a seat at the table until I was notified by some individuals that are involved with the Department of Justice, or previously the juvenile justice of the Sheriff’s Department,” he said.

“The concern is that Camp Afflerbaugh and Paige should not be repurposed for anything to do with the 707(b) offenders or the youth they are gonna house there; they need to go to the larger places,” he added.

According to a draft report (pdf) submitted by the Los Angeles Juvenile Justice Realignment Block Grant (JJRBG) on May 27, among the 114 county-level young offenders sent to DJJ between 2019 and 2020, the most serious offenses committed included: murder, attempted murder, robbery, assault, rape, lewd or lascivious acts, voluntary manslaughter, carjacking while armed, and kidnapping for robbery.

Carder told The Epoch Times that Los Angeles County moved quickly to implement its plan during the holidays, and plans to get it done by early January. She said that everything is moving too fast, making people feel uneasy and suspicious.

“This is not right. And this community will not accept this, and I will not either,” she said.

“My biggest concern is the violence, the crime,” she continued. “The camp is not built to rehabilitate these young adults. They don’t have the money to make this a true prison camp [or] whatever they need it to be to protect the citizens in our community. And also the guards and the educators that are supposed to be up there—working with them—if the guards don’t have guns, pepper spray, anything to defend themselves, how are they going to do this?”

“The Probation Department is focused on public safety and has several protocols in place to ensure community safety,” the email said. “When a facility is selected (a location has yet to be determined) there will be several renovations made to the facility to ensure that it is adhering to all state and local requirements to ensure it’s safe.”

“No one in the state is actively in custody unless they’ve done a major crime. It’s very hard for anybody to be in custody with the current laws. So for them to be in custody, especially as juveniles, they’re only going to be the most serious offenders that are out there,” he said.

“I have personally chased kids who have escaped from that camp … down the street, and who have escaped several times—and this is back in the day when it was kids; these are grown men [young offenders between 18 and 25] they want to bring in here.”

Another local resident Anthony Venti who worked in a juvenile correction center from 2000 to 2007 shared similar concerns. Venti later became a firefighter and returned to the center to perform some work every year. He said that the children detained there were only 13 or 14 years old at the time, and the oldest was 17 years old. As soon as a detainee turns 18, he will be transferred to Youth Corrections Authority to avoid adult abuse of minors.

“And every year that I worked at that camp, we had kids escaping, every single year. We had multiple kids escape. So like I said, ‘the fence couldn’t hold back teenagers, and it’s not gonna hold back grown men,’” he said.

“It’s been underage guys, when they break out. They’re usually just trying to get down the hill to get a ride back to their old neighborhoods,” he continued. “Now that we’re going to be putting 25 year olds in that facility, we don’t know what their intentions are.”

Venti is deeply worried that the older youth offenders will bring serious danger to community safety as well as to residents’ properties and assets.

According to an LAPD report issued on June 7, the two facilities in La Verne were among the least secure.

“The perimeter and sally port entries into both facilities appear to be constructed to house lower level offenders, with minimal security. Significant security concerns exist with the ability to pass contraband through the fence and there are few deterrents to prevent escape from these camps,” the report read.

At the community meeting, local residents were shocked to hear Bettino say, “There is a question about arming our deputies— that will not be happening.”

Based on the requirements of SB 823, the JJRBG Subcommittee will make a final recommendation to the Board of Supervisors by mid-January of 2022. The board is expected to take a vote on the matter in mid-January or early February of 2022.