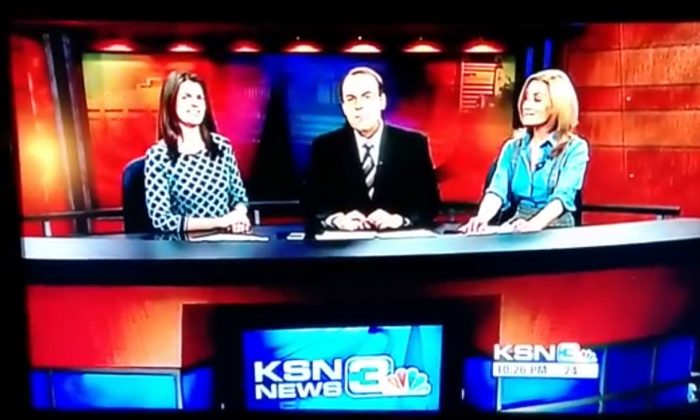 Justin Kraemer is located in the center of this YouTube screenshot.
Social Media

Justin Kraemer, a news anchor for KSN TV in Wichita, dropped a curse word as he signed off, apparently unaware that his mic was still hot.

“We’ll be back after football. See you today, folks,” he said on Saturday evening.

A few seconds later, he dropped the F-bomb.

“Let’s get the [expletive] out of here,” he said, according to the Huffington Post.

The video can be watched here.

According to Kraemer’s biography, he’s worked for KSN since 2008 but before that, he worked alongside Brian Williams on MSNBC as well as on CNN.

Kraemer has won an Emmy for his spot news reporting, and he’s now one of the main anchors for the station