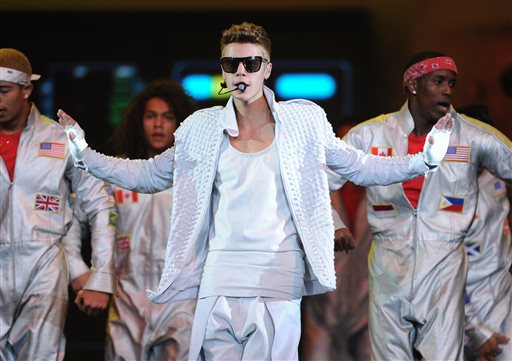 Justin Bieber reportedly was involved in a club fight over the weekend, with the singer allegedly screaming and going “nuts.”

Citing an unnamed source, the New York Daily News reported that Bieber got into an altercation at a Southampton, New York, club when a female clubgoer tried to talk to him in the VIP area. Later, a male friend of the female and Bieber got in to an argument.

“He (Bieber) ripped his shirt off and went nuts. He was screaming,” a source told the Daily News.

Bieber was then removed the club and was taken to the parking lot.

TMZ reported that later in the parking lot, Bieber and his crew were involved in another altercation. Bieber allegedly jumped through the sunroof and onto the hood. TMZ said that it is unclear what happened next, but a person was left unconscious in the incident.

Police told the website that the victim was aggressive, but Beiber’s guards were the same.

Earlier, he showed up at the South Pointe nightclub at around 2 a.m. on Saturday with his entourage, which included four bodyguards.

Throughout the night, his bodyguards were reportedly overbearing towards the other club patrons. They allegedly shined flashlights in people’s faces and were “heavy-handed” in preventing crowds from getting to Bieber.