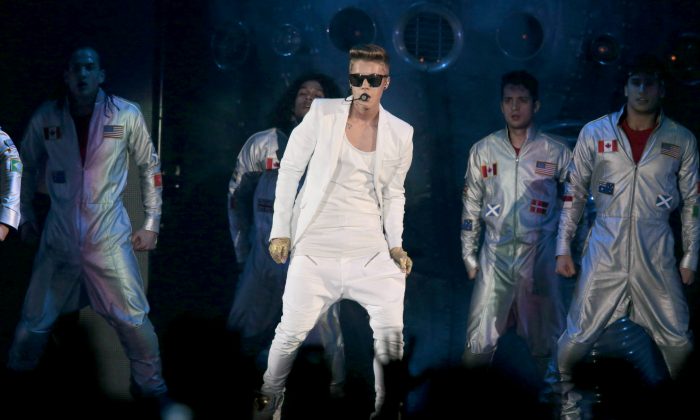 Justin Bieber bus pot: A bus carrying Justin Bieber in Sweden was raided by police on Wednesday night, according to reports.

TMZ reported that police allegedly found marijuana in the bus after it pulled in front of the arena where Bieber was performing.

They found a “small amount” of what was described as marijuana.

Police noted a “strong smell” that was emitting from the vehicle, prompting them to carry out an investigation.

“A colleague felt a strong smell of marijuana, like someone had been smoking in the bus,” a press officer for the Stockholm police  elaborated, according to MTV News, citing the Aftonbladet newspaper.

“A couple of dancers started running around screaming ‘No weed!” when the police came, said an unnamed source close to the singer. Another member of Bieber’s crew reportedly said, “The stash!”

Authorities also found a stun gun, which requires a permit to have.

There were no arrests made in the incident and it was not clear if Bieber was on the bus or if he went into the arena.