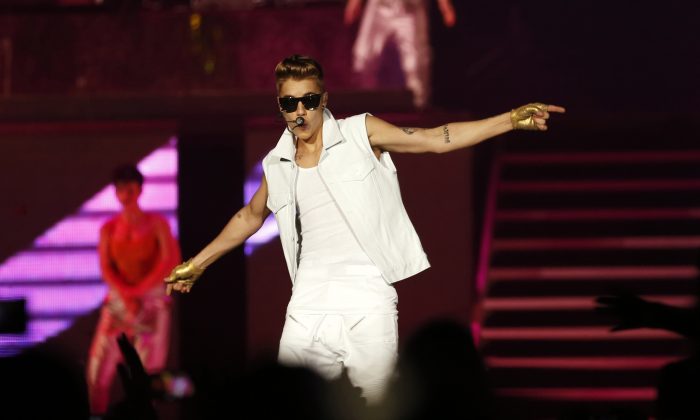 Canadian pop star Justin Bieber, 19-years-old, performs in front of a crowd of 15,000 fans at the Sevens Stadium in Dubai, on May 4, 2013. (Karim Sahib/AFP/Getty Images)
Entertainment

Justin Bieber attacked by fan on stage in Dubai.

Bieber was at the piano when an unidentified person rushed on stage and tackled him. The piano was knocked over during a struggle between security and the man.

The National, a Dubai-based broadcaster, reported that the 19-year old pop star finished the song without pause after the incident. After a three minute break after that song, the concert continued.

The National reported that Bieber was on stage two hours later for his second Dubai concert on May 6, and the crowd was only half the size of the May 5 performance.