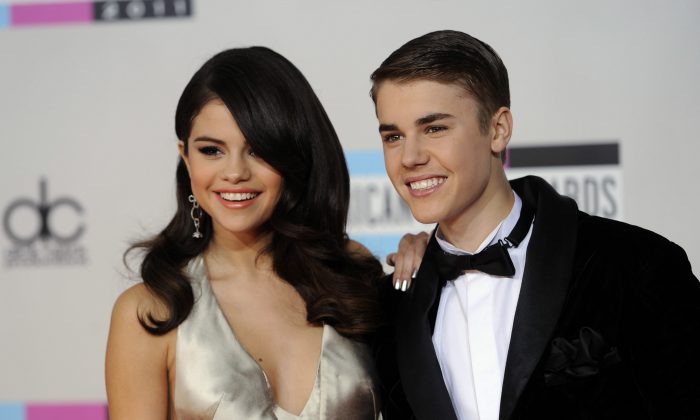 Justin Bieber and Selena Gomez: Have They Finally Moved On?

As the 21-year-old Selena Gomez was spotted with actor Orlando Bloom outside of The Forum in L.A. this weekend, there is speculation that a possible relationship is brewing between the two.

Gomez and Bloom were enjoying Chelsea handler’s “Uganda Be Kidding Me” live show before they shared a moment outside. As they were sitting on the sidewalk,  a photographer approached them and quickly snapped a shot before the two got up and walked into opposite directions, writes People magazine.

Bloom, who recently separated from wife Miranda Kerr, shares the same manager with Gomez and happened to be part of the large group that were out for dinner before the show, writes E!Online.

Justin Bieber, on the other hand, was spotted at dinner with the younger Kardashian star, Kendall Jenner and Alec Baldwin’s daughter, Hailey Baldwin. The trio were spotted in New York City’s “Nobu” sushi restaurant, according to Daily News.

The paper says that the meeting could have been work-related as Bieber and Jenner are working on a new campaign for Calvin Klein.

There haven’t been any reports of either Bieber or Gomez’s official relationship statuses.