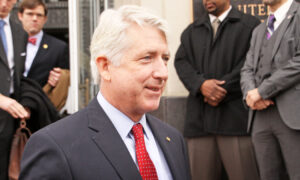 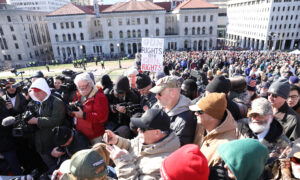 The Supreme Court has again declined to hear a series of new cases that present the justices an opportunity to clarify the application of the second amendment. This had prompted Justice Clarence Thomas, who was joined by Justice Brett Kavanaugh, to express frustration at his fellow justices for “prolonging our decade-long failure to protect the Second Amendment.”

Thomas’s complaint about the inaction came in the form of dissent over the court’s denial to review a gun rights case, Rogers v. Grewal. The case involves a man, Thomas Rogers, who runs a business that requires him to service automated teller machines in high-crime areas. He applied for a permit to carry his gun for self-defense but was rejected because he was unable to demonstrate “that he has a justifiable need to carry a handgun.”

“In several jurisdictions throughout the country, law-abiding citizens have been barred from exercising the fundamental right to bear arms because they cannot show that they have a ‘justifiable need’ or ‘good reason’ for doing so,” Thomas wrote in his dissent (pdf). “One would think that such an onerous burden on a fundamental right would warrant this Court’s review.”

“This Court would almost certainly review the constitutionality of a law requiring citizens to establish a justifiable need before exercising their free speech rights. And it seems highly unlikely that the Court would allow a State to enforce a law requiring a woman to provide a justifiable need before seeking an abortion. But today, faced with a petition challenging just such a restriction on citizens’ Second Amendment rights, the Court simply looks the other way,” he added.

Thomas argued that it was crucial for the Supreme Court to take up the issue because the Appeals Courts are “squarely divided on the constitutionality” of the restrictions set by local and state officials that require individuals to show “justifiable need” or “good cause.” He noted that the D.C. Circuit has held that laws limiting public carry to those with a “good reason to fear injury to [their] person or property” violates the Second Amendment, meanwhile, the First, Second, Third, and Fourth Circuits have upheld the constitutionality of those laws requiring “justifiable need” or “good reason.”

“This case also presents the Court with an opportunity to clarify that the Second Amendment protects a right to public carry. While some Circuits have recognized that the Second Amendment extends outside the home many have declined to define the scope of the right, simply assuming that the right to public carry exists for purposes of applying a scrutiny-based analysis,” Thomas wrote.

He also said that the Rogers case gives the court an opportunity to also “provide lower courts with much-needed guidance, ensure adherence to our precedents, and resolve a Circuit split.”

“Each of these reasons is independently sufficient to grant certiorari. In combination, they unequivocally demonstrate that this case warrants our review. Rather than prolonging our decade-long failure to protect the Second Amendment, I would grant this petition,” he wrote.

The last time the top court decided on major gun rights issues were in the cases District of Columbia v. Heller (pdf) in 2008 and McDonald v. Chicago (pdf) in 2010. In the landmark decision Heller, the Supreme Court protects an individual’s right to keep and bear arms for traditionally lawful purposes such as self-defense. Meanwhile, in the McDonald case, the justices ruled that that right is enforceable at the state level as well.

The court had an opportunity to address gun rights issues in a case challenging New York City’s gun transportation restrictions this term, but the justices dismissed the case after the city repealed those rules.

The majority in the 6-3 unsigned opinion said the case was rendered moot after New York City rescinded its rule that restricted gun owners from transporting licensed handguns to any location outside city limits such as an out-of-city shooting range or a second home after the top court agreed to take up the case in early 2019.

In that case, Justice Samuel Alito dissented, arguing that the case was not moot and that the city had violated the gun owner’s second amendment. He was joined by Justices Clarence Thomas and Neil Gorsuch.