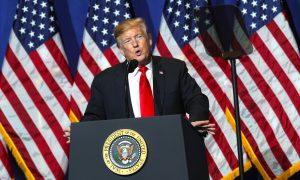 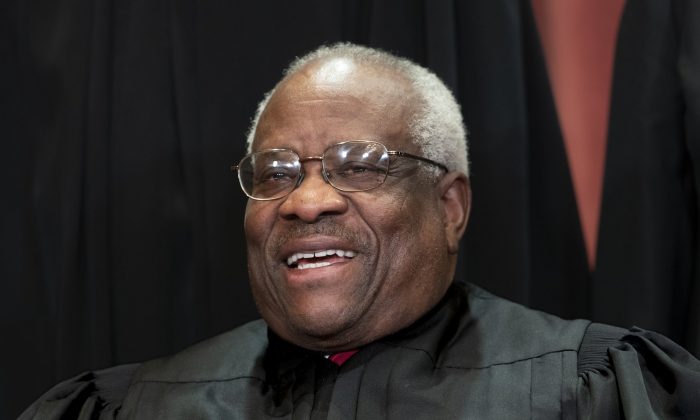 Supreme Court Justice Clarence Thomas believes the nation’s top court will soon need to consider the constitutionality of laws that prohibit abortions in cases where mothers are basing their decision to abort solely on unwanted characteristics of the child, such as race, gender, or disability.

Thomas penned an extensive commentary (pdf) on the link between eugenic manipulation and abortion in an opinion concurring with the court’s decision to not hear a case concerning an Indiana law that prohibited abortions in cases where mothers chose to abort on the basis of a child’s race, gender, disability, a diagnosis for Down syndrome, and other characteristics.

The 7th Court of Appeals struck down the Indiana law and the Supreme Court refused to hear an appeal because the 7th Circuit was the only federal appellate court to hear a case concerning such a question.

“Given the potential for abortion to become a tool of eugenic manipulation, the Court will soon need to confront the constitutionality of laws like Indiana’s,” Thomas wrote.

Thomas traced the roots of the legalization of abortion to the U.S. birth-control movement that developed alongside eugenics. He pointed out that the founder of Planned Parenthood, Margaret Sanger, was a eugenist who saw birth control as a useful tool for her cause. Sanger saw birth control as “really the greatest and most truly eugenic method.”

Thomas acknowledged that Sanger was not directly referring to abortion, but added that abortion is a much more effective tool for eugenics by Sanger’s own argument.

“Whereas Sanger believed that birth control could prevent ‘unfit’ people from reproducing, abortion can prevent them from being born in the first place,” Thomas wrote. “Many eugenicists, therefore, supported legalizing abortion, and abortion advocates—including future Planned Parenthood President Alan Guttmacher—endorsed the use of abortion for eugenic reasons.”

The eugenics movement was prominent in the United States for decades, especially on the campuses of elite universities such as Harvard, Stanford, and Yale. In 1927, the Supreme Court affirmed eugenics in a ruling legitimizing the forced sterilization of Carrie Buck, who the court determined to be “a feeble-minded white woman” with a “feeble-minded” mother and a “feeble-minded” child.

“Three generations of imbeciles are enough,” Justice Oliver Wendell Holmes Jr. wrote in an opinion joined by seven other justices.

The question of abortion being used as a eugenics tool has become more relevant over time because medical imaging technology can now detect a variety of characteristics in pre-born children that were previously impossible to determine.

Thomas argued that the use of abortion for eugenics purposes is “not merely hypothetical.” He cited examples from around the world where the goals of eugenics are being achieved through abortion.

The abortion rate for children diagnosed with Down syndrome in Iceland is near 100 percent. Many European countries have similarly high rates. In the United States, about 66 percent of children with Down Syndrome are aborted.

In Asia, preference for boys has resulted in 160 million abortions of girls. In India alone, there are 50 million more men than women.

“Whatever the reasons for these disparities, they suggest that, insofar as abortion is viewed as a method of ‘family planning,’ black people do indeed [take] the brunt of the ‘planning,’” the justice added.

There are those who already argue that abortion achieves the goals of eugenics. Thomas pointed to a book titled “Freakonomics,” in which the authors wrote that the legalization of abortion led to the biggest crime drop in the history of the United States. The authors argued that crime dropped because the children with the most propensity for crimes were no longer being born.

Support for the eugenics movement decreased in the United States in the 1940s. In Indiana, the state legislature passed a resolution in 2007 condemning eugenics. On May 28, 2017, the state enacted the Sex-Selective and Disability Abortion Ban at issue in the Supreme Court ruling.

Planned Parenthood promptly sued the state to prevent the law from going into effect. The 7th Circuit Court of Appeals struck down the law. Thomas opposed the court’s decision.

“Enshrining a constitutional right to an abortion based solely on the race, sex, or disability of an unborn child, as Planned Parenthood advocates, would constitutionalize the views of the 20th-century eugenics movement,” Thomas wrote.