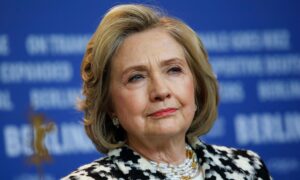 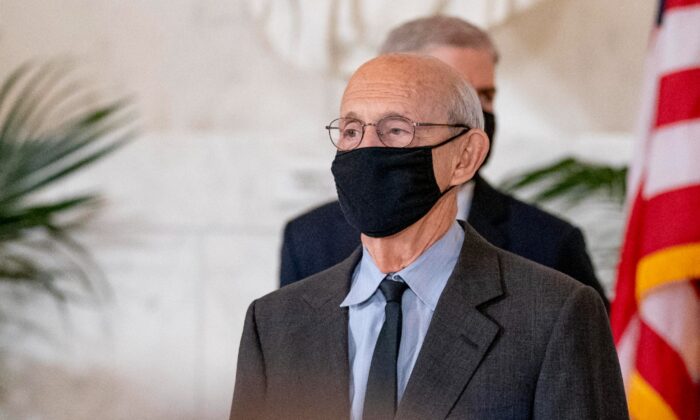 Supreme Court Justice Stephen Breyer on Tuesday warned against an effort to expand the size of the nation’s highest court, citing potential damage to public trust in the judiciary branch.

Breyer, a Clinton appointee who frequently sides with the liberal justices in decisions, raised alarm in his two-hour lecture at Harvard University Law School about an increasingly popular perception of the Court as a political body that changes according to political trends.

Politically motivated structural changes, such as adding seats to the bench, will only feed that perception, “further eroding that trust,” he said, reported Harvard Law Today.

“Put abstractly, the Court’s power, like that of any tribunal, must depend upon the public’s willingness to respect its decisions, even those with which they disagree and even when they believe a decision seriously mistaken,” said Breyer, adding that such respect should not be taken for granted.

Although a recent poll shows that Americans still have more confidence in the judiciary branch than in the executive or legislative branches, Breyer noted that there is a “growing public suspicion and distrust of all government institutions.”

“If the public sees judges as ‘politicians in robes,’ its confidence in the courts, and in the rule of law itself, can only diminish, diminishing the Court’s power, including its power to act as a ‘check’ on the other branches,” he said.

While rejecting the idea of a politically charged modern Court, Breyer admitted that it is “sometimes difficult to separate what counts as the jurisprudential view from what counts as political philosophy.”

“Of course it matters—I cannot jump out of my own skin. No one can,” he said.

Breyer’s lecture comes as some Democrats have urged him retire now, so that President Joe Biden has the opportunity to appoint a liberal successor. Those calling on the 82-year-old justice to retire cited Ruth Bader Ginsburg’s decision to remain on the bench until her death last year at age 87, which allowed then-President Donald Trump to fill her seat with Amy Coney Barrett, consolidating a conservative majority on the Court.

The Democrat-led calls for court packing grew from 2016 through Trump’s appointment of Justice Brett Kavanaugh, and intensified when Barrett was sworn in to replace Ginsburg. While Biden has yet to make any commitment about “rebalancing” the Court, he has pledged to look into the issue.

The number of Supreme Court justices was set at six when George Washington, the first U.S. president, signed the Judiciary Act of 1789 into law. It was briefly changed to 10 during the Civil War under Abraham Lincoln. In 1869, the Republican-controlled Congress passed another judiciary act to set the number back to nine, which has remained untouched for more than 150 years.

US ‘Sending the Wrong Signal’ by Traveling to China to Discuss Climate Issues: GOP Rep
0