‘Justice’ Is the Word of the Year, and ‘Social Justice’ Is Its Orwellian Opposite 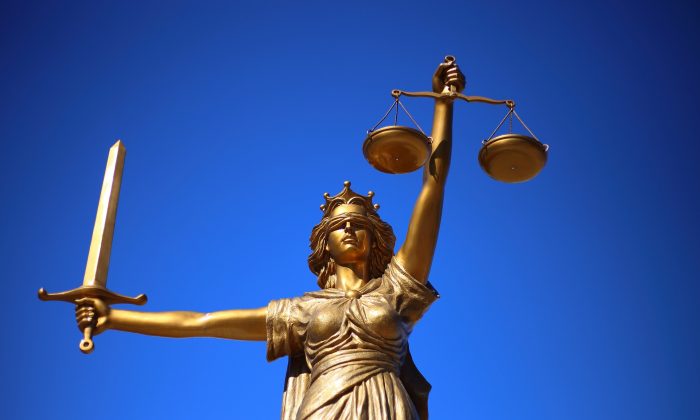 Social justice is a perversion of true justice. (William Cho/Pixabay.com)

The Merriam-Webster Dictionary has declared “justice” its “Word of the Year” for 2018, owing to a 74 percent year-over-year increase in searches for its definition.

The simple, everyday meaning of justice is the best: treating others fairly. Politically, it means that laws are to be written and administered so that everyone’s legal rights are impartially upheld.

Perhaps the reason why so many people are looking up the definition of “justice” is owing to the confusion caused by political activists twisting its meaning to advance their ideological agendas. Americans have always cherished the ideal of justice, and so those who would reform America seek to legitimize their political objectives by cloaking it in the garb of justice.

Most of the confusion stems from the use of the phrase “social justice.” This is a linguistically problematic phrase—a solecism. It is a pleonasm—a redundancy. Justice, without “social” to modify it, is inherently a social ideal. It’s about how we treat each other. You may say that a person isn’t being just with himself, but that is a private matter of no concern to the government. Only in the social realm of interpersonal interactions does justice properly become a matter of public policy.

The concept of justice embraced by our Founding Fathers had been clearly articulated in 1759 by the Scottish philosopher Adam Smith in “The Theory of Moral Sentiments.” Smith cited three cardinal social virtues: prudence, justice, and beneficence.

By prudence, Smith meant that the first social obligation of any competent person is to provide for his own needs and wants so as not to burden others.

Smith considered the second social virtue, justice, to be the most important. It is “the main pillar that upholds the whole edifice” of society. Justice, according to Smith, “does no real positive good” and is “but a negative virtue” that “only hinders us from hurting our neighbor.” Writing 90 years after Smith, Frederic Bastiat, in his essay “The Law,” echoed Smith by defining justice as the absence of injustice, i.e., a society in which nobody’s rights are violated.

Smith writes that the third social virtue, beneficence (i.e., doing good for others), merits the highest praise and is the crown jewel of a good society. Beneficence, though, is never a duty: “Beneficence is always free, it cannot be extorted by force.”

If some citizens were to take the wealth of another citizen and give it to someone in need, that is an ersatz “beneficence” and an antisocial act of aggression against the basic right of property, thereby violating justice. (I write more about the difference between genuine and counterfeit charity in my article about the Good Samaritan.)

The ideal of justice shared by Smith and the founders meant that every citizen was to stand equal before the law, each having the same rights and responsibilities. (Obviously, owing to the abomination of slavery and unenlightened 18th-century attitudes toward women’s rights, the founding generation didn’t achieve complete justice.)

Each white, male citizen, whether rich or poor, was entitled to impartial justice, i.e., the same government protection of his basic rights of life, liberty, and property, as stipulated in the Bill of Rights. And each shared the same responsibilities inherent in that rights-based system: 1) to not infringe on the rights of fellow citizens; 2) to provide for one’s self and dependents (Smith’s virtue of “prudence”) since nobody had a right to someone else’s property; 3) to produce something of value to others in the social division of labor as the means of self-support.

In such a system of ordered liberty, each person reaps what he sows. However, under the influence of egalitarian ideas—the notion that, even though people quite naturally differ by aptitude, effort, and economic productivity, there should be economic parity between citizens—“social justice” advocates reject traditional justice.

Thus, under “social justice,” traditional justice is inverted and perverted. Furthermore, peaceful social cooperation is supplanted with a socially disruptive political skirmish, in which citizens use government to appropriate the property of other citizens. In short, “social justice” is a code word for “antisocial injustice”—a linguistic deception that is positively Orwellian.

“Social justice” is Orwellian (not to mention un-American) in another sense, too: It seeks to overturn the American concept of government expressed in the Declaration of Independence and codified in the Constitution that holds government to be the protector of the sacred rights of life, liberty, and property instead of being the instrument for violating those rights.

As John Adams warned, “The moment the idea is admitted into society that property is not as sacred as laws of God, and that there is not a force of law and public justice to protect it, anarchy and tyranny commence.”

We see signs of anarchical social decay and emerging tyranny all around us today. Under “social justice,” those who hold the reins of political power seek to dictate how much that Citizen A must do for Citizen B. “Social justice” warriors are top-down central planners—would-be tyrants—who believe that they are entitled to reshape society according to their vision. In their plans, they look down on their fellow man.

Smith wrote that these planners (he called them “the m[e]n of system”) view their fellow citizens as men on a chessboard to be moved about and controlled by the planner. Bastiat used the metaphors of a potter and his clay and a pruner and his trees to describe the power that planners want over their fellow man. This evokes Orwell’s cynical but accurate assessment of socialism in practice: “All animals are equal, but some animals are more equal than others.”

The “social justice” crowd should remember the response of Jesus when a man asked him to tell his brother to share his inheritance with him. Jesus replied, “Man, who made me a judge or divider over you?” The “social justice” advocates believe that they are more qualified than the most-just man who ever walked the Earth to impose a certain distribution of wealth on society. No wonder even the mild-mannered Smith cited their “arrogance.”

So, what is the antidote for “social injustice” with its antisocial injustice leading toward socialistic tyranny? It is simply to reaffirm justice. Let’s hope that those currently intoxicated by the Orwellian catnip of “social justice” awake to an honest recognition of what justice truly means.