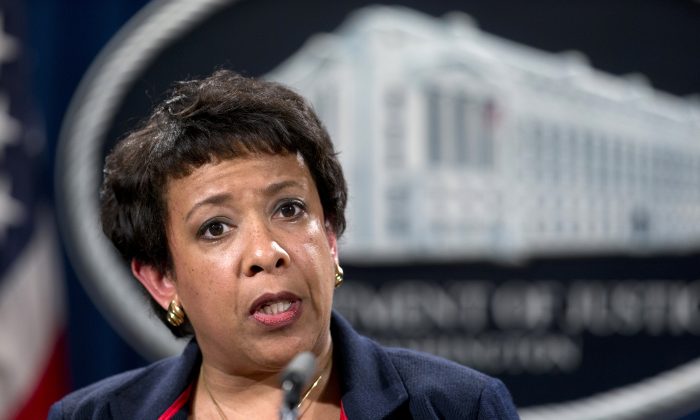 WASHINGTON—The Justice Department enters its court fight against the city of Ferguson with the apparent upper hand, given a months-long investigation that found vast problems in the way police and courts treat poor people and minorities in the St. Louis suburb.

In suing the city, which took a high-stakes gamble by rejecting a settlement with the federal government, the department will look to prove in court the same constitutional violations it’s already alleged on paper: Baseless stops and searches of black drivers, excessive use of force by officers and a profit-driven court system reliant on fines for petty violations.

“They have a very solid case,” Samuel Bagenstos, the former No. 2 official in the Justice Department’s Civil Rights Division, said even before the lawsuit was filed Wednesday. “If they were forced to litigate this, they have a very strong basis to show that there is a pattern and practice of constitutional violations in Ferguson.”

Even so, the department didn’t expect to have to go to court in the first place.

Federal officials announced last month they had reached an agreement with the city to radically reshape the troubled police force and avert a federal lawsuit. But City Council members on Tuesday night sought to renegotiate the deal because of cost concerns, leaving Justice with no option other than to file a civil-rights lawsuit to force change, said Attorney General Loretta Lynch.

That means changes to the city government that were to have taken effect will be postponed as the court case proceeds.

“The residents of Ferguson have waited nearly a year for the city to adopt an agreement that would protect their rights and keep them safe. … They have waited decades for justice. They should not be forced to wait any longer,” Lynch told a Washington news conference.

Following months of negotiations, the two sides announced a settlement to correct those problems and remake the training and practices of the police department.

Once that deal fell apart Tuesday, the department filed a new 56-page complaint raising many of the same allegations.

Officers too often respond with “impatience, frustration and disproportionate force,” the lawsuit says. And more than 90,000 summons and citations for municipal violations were issued over a four-year period ending in June 2014, part of an “ongoing and pervasive” misuse of law enforcement to generate revenue.

Ferguson spokesman Jeff Small declined to comment. Messages left with Mayor James Knowles III were not returned, though hours before the lawsuit was filed, he said Ferguson leaders were willing to sit down with federal negotiators to draw up a new agreement.

Instead, the department went to court.

“This message is a very specific one to Ferguson,” Lynch said. “It is a simply a response to their decision. After literally weeks, months, almost a year of discussions — at which point two teams had come together with an agreement that was going to provide real relief — it was rejected.”

The court case in Missouri now moves forward to trial, unless the two sides first settle. Sticking points remain, especially about the cost of the changes being sought.

Knowles said the seven amendments to the deal were formulated after the analysis showed that the agreement was so expensive it could lead to dissolution of Ferguson. The analysis suggested that the first-year cost of the agreement would be $2.2 million to $3.7 million, with second- and third-year costs between $1.8 million and $3 million in each year.

Ferguson has an operating budget of $14.5 million and already faces a $2.8 million deficit. Voters will be asked to approve two tax hikes in April, but approval of both would still leave the city short.

Another stumbling block was a new provision from the city that said the agreement wouldn’t apply to any other governmental entity that might take over duties currently provided by Ferguson. That means, for example, that St. Louis County would not be beholden to the agreement if it takes over policing in Ferguson.

St. Louis County police spokesman Brian Schellman said that if the county were ever asked to take over policing in Ferguson, “we would consider the implications of the consent decree before entering into such an agreement.”

The Justice Department has investigated more than 20 law enforcement agencies for systemic violations in the last six years, and though it’s not uncommon for local governments to seek changes to agreements even after negotiations, the overwhelming majority of investigations still end up in a settlement, said Bagenstos, the former Justice Department official.

There have been some notable exceptions.

In 2012, the Justice Department sued Maricopa County, Arizona, after failing to reach agreement on allegations that the sheriff’s office targeted Latinos with discriminatory stops and arrests. County officials voted in July to settle parts of that lawsuit.

The federal government also sued North Carolina’s Alamance County following an investigation that alleged biased policing practices against Latinos there. But a federal judge last August ruled in the county’s favor, saying the Justice Department failed to prove the sheriff ordered deputies to target Hispanic residents. That case is on appeal.

When it comes to Ferguson, Lynch, said, “We intend to aggressively prosecute this case, and we intend to prevail.”