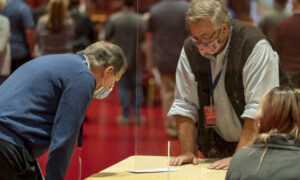 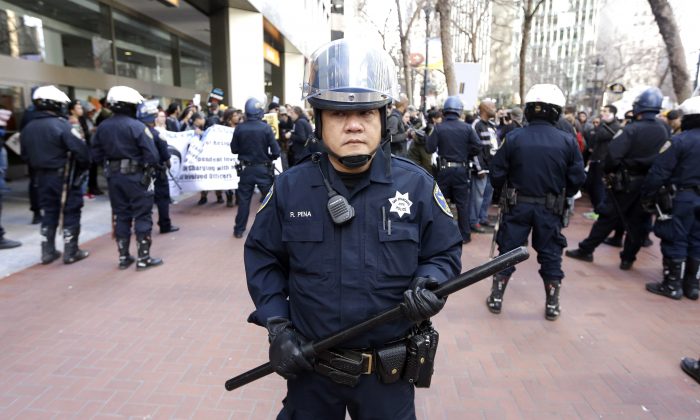 SAN FRANCISCO—The U.S. Department of Justice will conduct a comprehensive review of the San Francisco Police Department, which is facing scrutiny over the shooting death of a young black man.

Police said only one of the five officers involved was white, but protests over the shooting persists.

Suhr, Mayor Ed Lee asked the Justice Department to investigate. Meanwhile, the department is asking officers to take a pledge to turn in colleagues displaying intolerant behavior as part of a broader public relations campaign to repair frayed relations with minority neighborhoods and community activists.”

The messages were disclosed in a court filing prosecutors made in the corruption case of a former officer.

So far, Lee has stood behind Suhr even as a judge ruled that he failed to punish the officers in a timely fashion.

An attorney for Woods’ family welcomed the review.

“It is the right and decent thing to do and a step in the right direction toward healing in the African American and Latino communities,” attorney John Burris said in a statement.