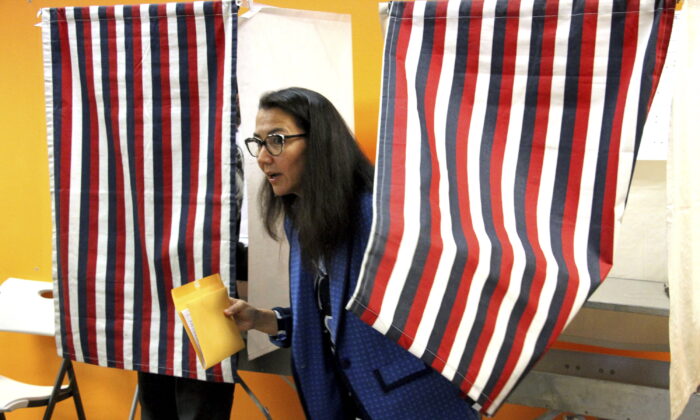 The U.S. Justice Department said that it would monitor the Alaskan ranked-choice primary elections on Tuesday in certain jurisdictions to ensure compliance with voting rights laws for minority languages and disabilities.

The effort is to make sure the elections are administrated according to the Voting Rights Act of 1965 and the Americans with Disabilities Act of 1990.

“The Division regularly deploys its staff to monitor for compliance with the federal civil rights laws in elections in communities all across the country,” the department said in a statement. “In addition, the Division also deploys monitors from the Office of Personnel Management, where authorized by federal court order.”

Early voting in a number of jurisdictions has already been monitored in Anchorage, Juneau, Kenai Peninsula, Matanuska-Susitna, Denali, Fairbanks North Star, and the Yukon-Koyukuk census areas, according to the department.

Alaska has 14 census areas where language assistance is required by law in at least one native Alaskan language.

As a result of an extension of the Voting Rights Act in 1975, Congress mandated that political subdivisions also provide voting in minority languages.

The Justice Department’s compliance effort aims to ensure Alaskans who primarily speak a native language aren’t in any way disenfranchized during the voting process.

According to a 2019 report (pdf) by the Alaska Advisory Committee to the U.S. Commission on Civil Rights, Congress also mandated that voters in the 14 Alaskan census areas be properly informed by multiple means about the availability of language assistance at polling sites on election day.

However, during the 2016 Alaskan primary elections federal officials found deficiencies in training for poll workers.

According to the report, poll worker trainings were “conducted exclusively in English by a non-Native instructor from the Division of Elections” and “bilingual poll workers were not trained on how to translate contents of the ballot or how to provide procedural instructions in Yup’ik and Gwich’in.”