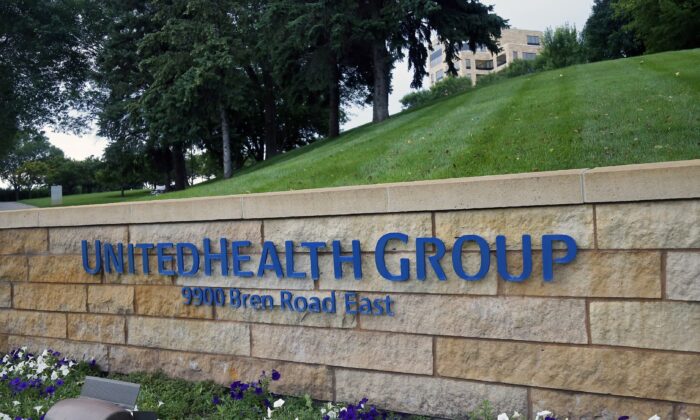 Federal regulators are suing to block UnitedHealth Group’s purchase of technology company Change Healthcare, a deal they fear will put too much health care claims information in the hands of one company.

The U.S. Department of Justice said Thursday that the proposed deal would hurt competition and give UnitedHealth Group—which runs the nation’s largest insurer—access to sensitive claims information from competitors.

“If America’s largest health insurer is permitted to acquire a major rival for critical health care claims technologies, it will undermine competition for health insurance and stifle innovation in the employer health insurance markets,” U.S. Attorney General Merrick Garland said in a statement.

Justice Department officials said in the statement that the deal would give UnitedHealth control of a “critical data highway through which about half of all Americans’ health insurance claims pass each year.”

They added that the company could then use that sensitive information from rivals for its own business purposes.

“Although it carefully safeguards its own claims data, United covets its rivals’ claims data and has long sought to acquire Change for this reason,” regulators said in a complaint filed in federal court.

A UnitedHealth spokesman said Thursday the Justice department’s “deeply flawed position is based on highly speculative theories that do not reflect the realities of the health care system. We will defend our case vigorously.”

President Joe Biden has made competition a key pillar of his economic policy, denouncing what he calls the outsized market power of an array of industries and stressing the importance of robust competition to the economy, workers, consumers, and small businesses. Biden has called on federal regulators to give greater scrutiny to big business combinations.

Health care is one of the industries cited in Biden’s executive order on competition issued in July, laying out actions targeting market dominance.

The lawsuit, filed Thursday, drew praise from several groups, including the National Community Pharmacists Association, which called the deal a “threat to fair competition, patient choice, and independent pharmacies.”

The American Economic Liberties Project, which advocates for stricter antitrust regulation, said the deal would allow UnitedHealth to further entrench “its monopoly power at the expense of patients, health care providers, and the resiliency of our entire health care system.”

UnitedHealth said in January 2021 that it would spend nearly $8 billion in cash to add the Nashville, Tennessee, company and boost its ability to provide data analytics and revenue cycle management support, among other offerings.

The deal totals around $13 billion counting debt, and the companies had initially expected it to close in the second half of 2021.

When they announced the deal, UnitedHealth and Change touted the combination as a way to cut administrative waste, ensure doctors get paid faster and help them make some patient care decisions more quickly and easier.

Health insurers and big employers that pay medical claims have grown more interested in monitoring claims and how patients receive care. They’re doing this as they look for ways to keep patients healthier and cut down on big medical expenses.

Regulators called UnitedHealth a “serial acquirer that has purchased more than 35 healthcare companies over the last 10 years” in their court complaint.

The Department of Justice was joined by attorneys general from Minnesota and New York in filing the lawsuit.