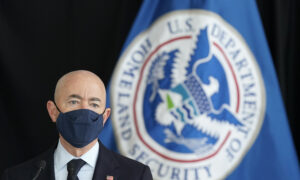 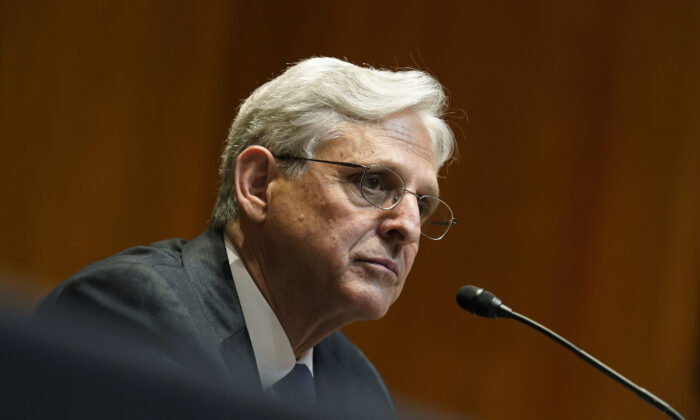 The U.S. Department of Justice on June 16 ended two Trump-era policies that made it difficult for people to obtain asylum on grounds of domestic or gang violence, as well as for those who claimed a family member was threatened with violence.

“These decisions involve important questions about the meaning of our Nation’s asylum laws, which reflect America’s commitment to providing refuge to some of the world’s most vulnerable people,” Associate Attorney General Vanita Gupta wrote in a memo explaining the decisions to immigration judges.

Gene Hamilton, a key contributor to President Donald Trump’s immigration policies and who served in the Justice Department, said in a statement that he believes the change will lead to more asylum claims based on crime and that crime shouldn’t be a reason for protections.

Garland’s decision is being praised by Democrats and advocacy groups.

The Justice Department “has reversed two cruel, un-American Trump administration decisions that virtually eliminated asylum projections for survivors of domestic and gang violence. No longer will the U.S. turn a blind eye to those escaping violence and persecution,” Democrats on the House Judiciary Committee said on Twitter on June 16.

“The significance of this cannot be overstated,” said Kate Melloy Goettel, legal director of litigation at the American Immigration Council. “This was one of the worst anti-asylum decisions under the Trump era, and this is a really important first step in undoing that.”

Garland said he was making the changes after President Joe Biden ordered his office and the Department of Homeland Security to draft rules addressing complex issues in immigration law about groups of people who should qualify for asylum.

During his presidency, Trump sought to restrict access to asylum, which his administration viewed as a magnet drawing migrants north from Guatemala, Honduras, and El Salvador.

“The asylum system is being abused to the detriment of the rule of law, sound public policy, and public safety—and to the detriment of people with just claims,” Sessions said during a speech in 2018. “Saying a few simple words—claiming a fear of return—is now transforming a straightforward arrest for illegal entry and immediate return into a prolonged legal process, where an alien may be released from custody into the United States and possibly never show up for an immigration hearing. This is a large part of what has been accurately called ‘catch and release.’

“Asylum was never meant to alleviate all problems—even all serious problems—that people face every day all over the world.”

According to the DOJ, there are currently close to 1.3 million immigration cases pending, including removal, deportation, exclusion, asylum-only, and withholding only.

David Inserra, a policy analyst for Homeland Security and Cyber Policy at the Heritage Foundation, wrote in a 2018 report that the United States’ asylum system can be abused and “act as a pathway to more illegal immigration.”

He suggested three solutions: first, to significantly increase funding for immigration courts; second, to ensure that asylum seekers show up to hearings using alternatives to detention such as GPS tracking devices; and third, to require that the asylum claim first be heard in the home country to verify its authenticity.