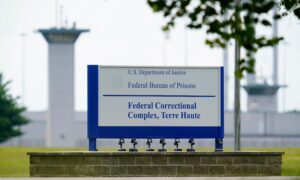 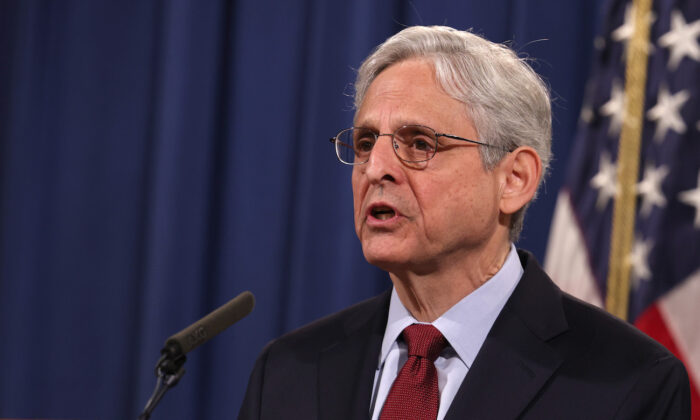 Attorney General Merrick Garland speaks at a news conference at the Department of Justice in Washington, on June 25, 2021. (Anna Moneymaker/Getty Images).
Executive Branch

The Justice Department announced on Thursday it is pausing federal executions while a review of its policies and procedures is pending.

“The Department of Justice must ensure that everyone in the federal criminal justice system is not only afforded the rights guaranteed by the Constitution and laws of the United States, but is also treated fairly and humanely,” Attorney General Garland said in a memo to the Justice Department (pdf). “That obligation has special force in capital cases.”

He added, “Serious concerns have been raised about the continued use of the death penalty across the country, including arbitrariness in its application, disparate impact on people of color, and the troubling number of exonerations in capital and other serious cases. Those weighty concerns deserve careful study and evaluation by lawmakers.”

According to the Death Penalty Information Center, about 50 people are on federal death row, most of whom are imprisoned in Terre Haute, Indiana.

Garland’s moratorium on federal executions comes after a federal lawsuit was filed over the death penalty policies, over concerns that included the risk of pain and suffering associated with the use of pentobarbital sodium, the drug used for lethal injection.

Last year, the Justice Department under then-Attorney General William Barr resumed federal executions, after a pause of 17 years. The federal government carried out 13 executions between July 2020 and January 2021. The executions adopted a new protocol for administering lethal injections at the federal Bureau of Prisons, using the drug pentobarbital, which replaced the three-drug procedure that had been used in federal executions previously.

The 13 deaths all involved convicted criminals; including Keith Nelson, who was convicted of kidnapping, raping, and murdering a 10-year-old girl; Dustin Honken, convicted of murdering five people in Iowa; and Daniel Lee, who killed a couple and their 8-year-old daughter in 1996.

Dustin Higgs, who ordered three women killed in Maryland in 1996, was the final execution on Jan. 16. No executions have been scheduled since President Joe Biden took office in January.

Biden during his presidential campaign expressed that the death penalty should be abolished. He cited a database that alleges that more than 160 people who were sentenced to death in the United States since 1973 were later exonerated.

“Because we cannot ensure we get death penalty cases right every time, Biden will work to pass legislation to eliminate the death penalty at the federal level, and incentivize states to follow the federal government’s example. These individuals should instead serve life sentences without probation or parole,” his campaign website states.

In February, dozens of groups in a letter urged Biden to “act on your promise of ensuring equality, equity, and justice in our criminal legal system by immediately commuting the sentences of all individuals under federal sentence of death, and reinstating the federal moratorium on the use of the death penalty.”