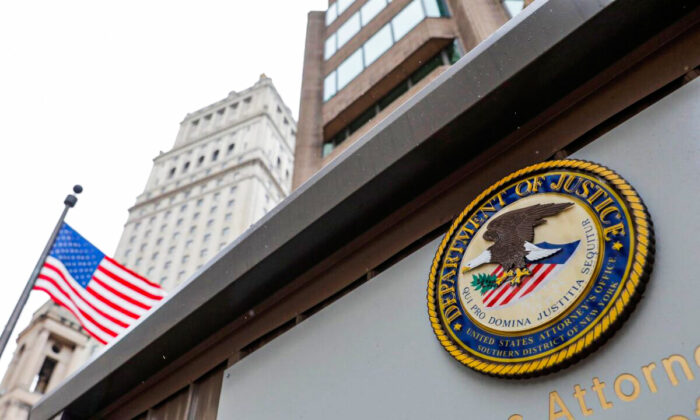 A Justice Department official on July 28 revealed what is prompting the spike in domestic terrorism incidents across the United States.

Assistant Attorney General for National Security Matt Olsen testified before the House Judiciary Committee regarding national security threats where he told House lawmakers that “the number of FBI investigations of suspected domestic violent extremism has more than doubled since the spring of 2020,” adding that the threat from domestic extremists is “persistent, complex, and continues to evolve.”

Olsen said that nearly 900 people have been arrested so far in the investigation into the Jan. 6 Capitol breach.

“We have arrested and charged more than 860 individuals in nearly all 50 States who took part in the Capitol assault,” Olsen told lawmakers, adding that over “350 individuals have either pled guilty or were found guilty at trial.”

“The Jan. 6 attack on the U.S. Capitol stands apart. The department’s investigation is the single largest domestic terrorism investigation in the nation’s history,” Olsen told the committee.

“We are committed to holding accountable those who engaged in violence and other illegal acts and to bringing to justice anyone who unlawfully tried to overturn the election. We are upholding our oath to defend the Constitution against those who tried to prevent the peaceful transfer of power,” he added.

According to a July 26 press release by the Department of Justice, more than 850 defendants have been arrested in the 18 months since the breach of the U.S. Capitol on Jan. 6 in relation to the incident.

That includes over 260 individuals charged with assaulting or impeding law enforcement. The investigation remains ongoing.

When asked by Rep. Jamie Raskin (D-Md.), who is a Jan. 6 Select Committee member, if the surge in domestic terrorism investigations has led to an increase in indictments, not including those prosecuted over Jan. 6, Olsen said he did not have a “specific number on that.”

“Because that number, that jump, doubling, that number does include the Jan. 6 cases, and there, of course, we have over 800 arrests of individuals—not all of them are characterized as domestic violent extremists, to be clear, but many are, and those do account for at least a significant portion of that jump over the past two years in the number of investigations,” Olsen replied.

Elsewhere, Rep. Jim Jordan (R-Ohio) claimed that “multiple whistleblowers” had approached House Judiciary Republicans claiming that FBI officials were pressuring agents to categorize cases as domestic terrorist threats when they in fact are not.

“Are you juicing the numbers?” Jordan asked, to which Olsen said he was not aware of such accusations.

Mullin questioned why the same label wasn’t being applied to a man who attempted to murder Supreme Court Justice Brett Kavanaugh on June 8. The same man told officers that he had been compelled to act because of a leaked Supreme Court draft opinion suggesting that Roe v. Wade would be overturned.

Mullin said he believed the response would have been different if a similar incident had occurred at the home of Biden-appointed Supreme Court Judge Ketanji Brown Jackson.

“It’s called domestic terrorism. And we’ve got to stop this,” he said.