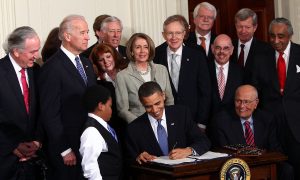 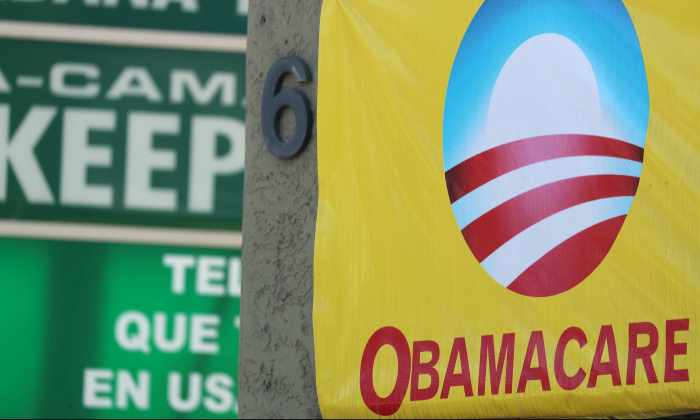 The Department of Justice has determined that “Obamacare” is unconstitutional, according to a federal court filing submitted by Assistant Attorney General Joseph Hunt on March 25.

Judge Reed O’Connor from Fort Worth, Texas, ruled on Dec. 14 that the Affordable Care Act (ACA), also known as “Obamacare,” has become unconstitutional after Congress repealed the individual mandate as part of the Tax Cuts and Jobs Act of 2017.

At the time, the Justice Department only partially concurred with O’Connor’s ruling. The March 25 letter changes the government’s position to full support of the judge’s ruling.

“The Department of Justice has determined that the district court’s judgment should be affirmed,” Hunt wrote.

The lawsuit is currently before the Fifth Circuit Court of Appeals, one of the most conservative circuit courts in the nation. From there, it would head to the Supreme Court.

“Wow, but not surprisingly, ObamaCare was just ruled unconstitutional by a highly respected judge in Texas. Great news for America!” Trump wrote on Twitter.

Republicans in Congress attempted to repeal “Obamacare” in 2017 but were thwarted by the late Sen. John McCain (R-Ariz.), who voted against the repeal despite having made a campaign promise to get rid of “Obamacare.”

Trump has fumed over McCain’s move in recent weeks. The White House 2020 budget says that “Obamacare” should be replaced with fixed grants that would allow states to determine their own health care spending, according to The Washington Times.

After falling short of a full repeal, Republicans slashed the individual mandate from “Obamacare,” which required taxpayers who do not have insurance to pay a fine. Chief Justice John Roberts ruled in 2012 that the mandate is a tax, making the ACA constitutional.

Republican state attorneys general saw the mandate’s repeal as an Achilles heel of the entire ACA because the Supreme Court’s decision upholding the ACA hinged entirely on the individual mandate.

The debate of the lawsuit continues to be a simmering political issue. Democrats argue that Republicans don’t have a plan in the event the lawsuit succeeds. Republicans have long lambasted “Obamacare” as a bloated government failure.

The debate was pivotal during the 2018 midterms, with most Democrats running on a platform of defending “Obamacare.”

While Democrats retook the House of Representatives, Republicans expanded their majority in the Senate. Josh Hawley, one of the attorneys general in the lawsuit against “Obamacare,” defeated then Sen. Claire McCaskill and is now a senator representing Missouri.

Most of the Democrats running for president in 2020 are embracing “Medicare for All,” a socialist policy with Marxist roots, which goes beyond “Obamacare” by eliminating all private health insurance and handing the government near-total control of the health care industry.

One estimate pegs the 10-year cost of Medicare for All at $32 trillion, roughly half the size of the entire projected United States budget for the next 10 years.