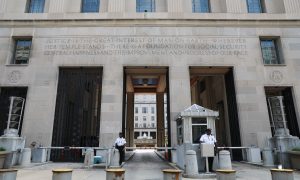 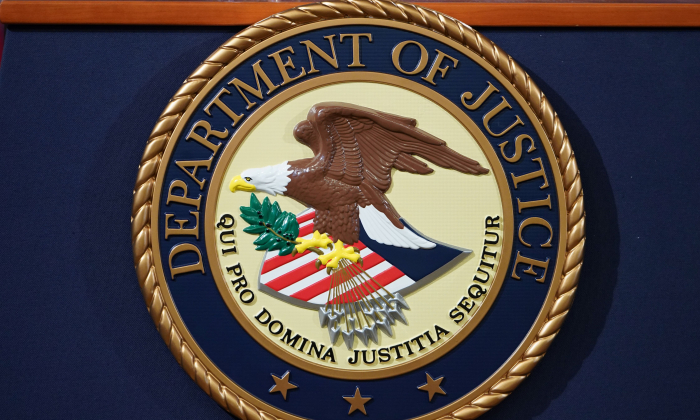 The Department of Justice declined to prosecute a senior FBI official linked to the Clinton-email investigation, despite evidence that he or she leaked information from a sealed federal court filing in violation of federal law, according to an investigative summary released by the DOJ inspector general on May 29.

The inspector general discovered evidence that a deputy assistant director (DAD) at the FBI leaked sealed federal court information and sensitive law enforcement information to the media. The FBI official also had dozens of contacts with the media in violation of FBI policy, according to the findings.

The same official also violated federal statutes and FBI policy by accepting a ticket valued at $225 to a media-sponsored dinner as a gift from a member of the media, the inspector general determined.

The inspector general’s single-page summary noted that “a preponderance of evidence” was found to establish each charge.

“Prosecution of the DAD was declined,” according to the watchdog’s statement. The name of the DAD isn’t provided in the document. Fired FBI official Peter Strzok held the DAD title when he was the lead agent on the Clinton-email investigation.

According to text messages between Strzok and FBI lawyer Lisa Page (with whom he was having an affair), on Oct. 24 to 28, 2016, Page was communicating with Wall Street Journal reporter Devlin Barrett.

Barrett went on to publish an article on Oct. 30, 2016, which triggered a leak investigation by the FBI which was handed off to the DOJ inspector general. That leak investigation determined that then-FBI Deputy Director Andrew McCabe authorized Page to leak to Barrett.

McCabe went on to lie about authorizing the leak three times under oath, according to the inspector general’s report (pdf) released in February 2018.

The bureau fired McCabe in March 2018 based on the findings of that report; Page left the bureau in May 2018; Strzok was fired in August 2018.

The May 29 summary about the senior FBI official is the result of one of several leak investigations initiated as a result of the inquiry into the actions taken by the bureau and the DOJ before the 2016 election. That inquiry focused mainly on the handling of the investigation into Hillary Clinton’s use of an unauthorized private email server to conduct government business during her term as the secretary of state.

Over the course of the inquiry into the handling of the Clinton-email investigation, the DOJ inspector general identified dozens of FBI employees who had unauthorized contacts with media, according to the watchdog’s final report (pdf) released in June 2018.

“We have profound concerns about the volume and extent of unauthorized media contacts by FBI personnel that we have uncovered during our review,” the inspector general’s report stated.

Strzok concurrently led the Clinton-email investigation and the probe into alleged collusion between the Trump campaign and Russia.

The inspector general is expected to soon release a report on the inquiry into potential surveillance abuses carried out against the Trump campaign during the Russia investigation.

In October 2016, top FBI and DOJ officials signed off a Foreign Intelligence Surveillance Act (FISA) warrant application to surveil Trump-campaign associate Carter Page. The core of the evidence in the application consisted of information from an unverified dossier compiled by a former British intelligence officer. The FISA application omits the fact that the Clinton campaign and the Democratic National Committee paid for the dossier.

The existence of the FISA warrant and other intelligence scooped up during the Russia investigation was leaked to the media.

To date, no FBI official has been publicly charged with a crime for leaking in connection to the Russia probe. A senior Senate staffer, James Wolfe, was sentenced to prison for lying to the FBI as part of the investigation into the leak of the Page FISA application.