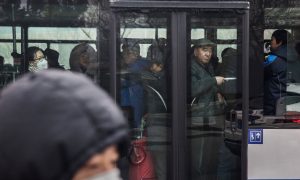 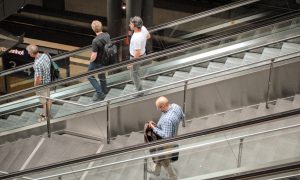 Falls Are Leading Cause for Seniors Hospitalized Due to Injury: Report
0 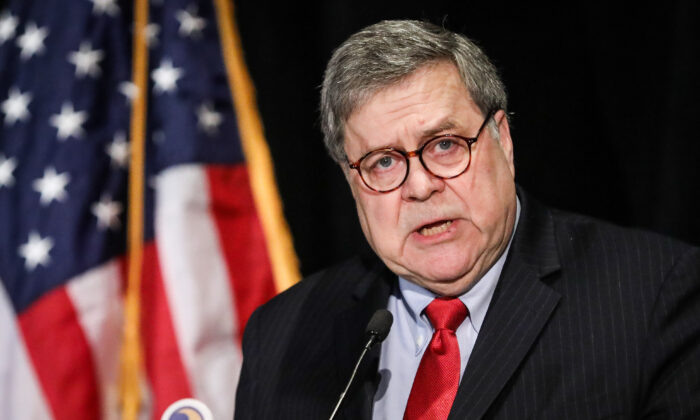 Federal prosecutors have charged hundreds of defendants from around the globe in connection with fraud schemes that largely targeted senior citizens and caused over $1 billion in losses, the Justice Department (DOJ) announced.

Speaking at the Elder Justice Summit in Florida on March 3, Attorney General William Barr said the enforcement actions are part of what the department calls the “largest coordinated sweep of elder fraud cases in history.” He said that more than 400 defendants charged in this year’s action far surpasses the 260 defendants charged in cases as part of last year’s sweep.

“As people live longer, fraud directed against the elderly has become an increasingly serious problem,” Barr said. “In fact, it has been mushrooming in recent years.”

More than a quarter of the enforcement actions as part of the sweep have been prosecuted by the Transnational Elder Fraud Strike Force, a joint law enforcement effort established in 2019 aimed at identifying and pursuing cases of elder fraud, the department said. The strike force is made up of U.S. attorneys, FBI agents, postal inspectors, and other law enforcement personnel.

During the event, Barr made the prevention of transnational elder fraud one of the DOJ’s four top priorities. He also announced new departmental initiatives to protect older Americans, including starting a national hotline aimed at providing services to seniors who may be victims of financial fraud and establishing a national nursing home initiative that would coordinate and enhance civil and criminal actions to pursue allegations of elder abuse at nursing homes.

“Over the past few years, the department has uncovered horrifying examples of certain nursing facilities, where seniors are being mistreated, undernourished, and neglected,” Barr said. “These incidents are extremely unsettling, and I will not get too graphic.”

The department said, for example, some of the problematic nursing homes have consistently failed to provide adequate nursing staff to care for residents and have also failed to adhere to basic protocols of hygiene and infection control. Some facilities have also failed to provide residents with enough food to eat, leading them to become emaciated and weak. Moreover, the department added that some of these facilities also force some elderly residents who cannot leave to live in “filthy and dangerous conditions where there are leaks in the roofs, mold is found growing, and rodents found living in residents’ rooms.”

The DOJ will partner with the U.S. Department of Health and Human Services as part of its initiative to pursue such nursing homes that provide grossly substandard care to their residents, the attorney general said. He added that the effort has already begun investigations of about 30 individual nursing facilities in nine states.

“Mark my words: The initiative will bring to justice those owners and operators who put profits before patients, and it will help to ensure that the residents receive the care to which they are entitled,” Barr said.

Conway listed several steps the Trump administration is taking to achieve its promise, including providing an additional $7.2 million in funding to help support the Transnational Elder Fraud Strike Force, and increasing penalties against offenders of elder fraud.

“President Trump and his entire administration is committed to protecting elders from the criminal enterprises that increasingly are on the dark web, the open web, and also overseas, hiding beneath many layers, online and offline,” Conway said. “They’re difficult to detect and difficult to bring to justice, but that will not stop us from seeking justice and compensation to make sure our seniors are not victim any longer to these types of criminal enterprises.”

In the past several months, the DOJ announced enforcement actions against individuals or companies that had allegedly engaged in or facilitated predatory behavior that has harmed older Americans. In December, the department took action to stop over 600 “money mules” from assisting in fraud schemes that steal money from victims and forward the proceeds to perpetrators overseas. It said that the mule activity, which spanned over 85 federal districts, mainly victimized senior citizens.

The actions addressed a variety of elder fraud schemes, including grandparent scams, romance scams, and lottery and sweepstakes scams, the department said.

Similarly, in January, the department announced that it had taken action against multiple telecommunication carriers for allegedly facilitating hundreds of millions of robocalls that led to significant financial losses to elderly and vulnerable victims across the country.

Victims would receive calls falsely threatening them with different types of “catastrophic government actions,” such as the termination of social security benefits, arrest for alleged tax fraud, as well as deportation for supposed failure to fill out immigration forms correctly. These calls, the officials said, are designed to scare the victims into paying large amounts of money to the scammers to avoid fraudulent government actions.