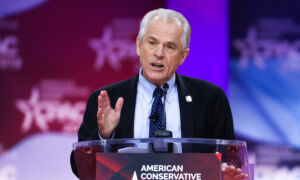 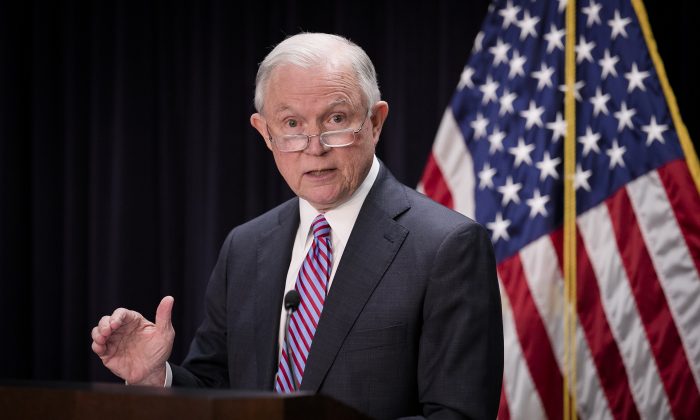 The Justice Department filed federal charges for firearms and violent crimes against a record number of defendants in 2018, the department announced Oct. 17.

More than 16,800 people—an uptick of nearly 15 percent—were charged with violent crimes in the fiscal year 2018, which ended Sept. 30.

The feds also charged more than 15,300 people with firearms offenses in 2018, 17 percent more than last year.

Both figures were the highest on record, reaching back at least 25 years. The records hold even when adjusted for the increase in population. More than 5.1 per 100,000 residents were charged with violent crimes in the 2018 fiscal year, up from less than 4.5 per 100,000 the year before. The same rate for firearms crimes increased from fewer than 4 to nearly 4.7 per 100,000 residents.

“When I took office as Attorney General, I ordered federal prosecutors and agents to take illegal guns off of our streets, to prosecute crimes aggressively, to protect our nation’s borders, and to target white-collar fraud,” Jeff Sessions said in the release. “With support from our state and local partners, our federal prosecutors and agents have delivered—and I am grateful to them and the fabulous state and local officers who worked so hard to make these achievements possible.”

White-collar prosecutions went up by more than 3 percent, with more than 6,500 defendants charged.

On the illegal immigration side, over 23,400 defendants were charged with felony illegal re-entry, an increase of more than 38 percent from 2017.

“President Donald Trump is a law-and-order president—and this is a law-and-order administration,” Sessions said, noting that violent crime and murder, which increased in 2015 and 2016, both dropped in 2017. He said a further decrease can be expected in 2018.

Overall, the Justice Department charged more than 81,800 defendants with federal felonies in 2018, up nearly 15 percent from 71,200 the year before.

“There can be no doubt that good law-enforcement policies can make our communities safer,” Sessions said.