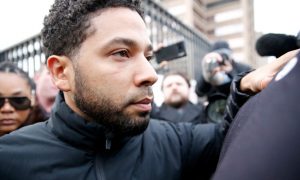 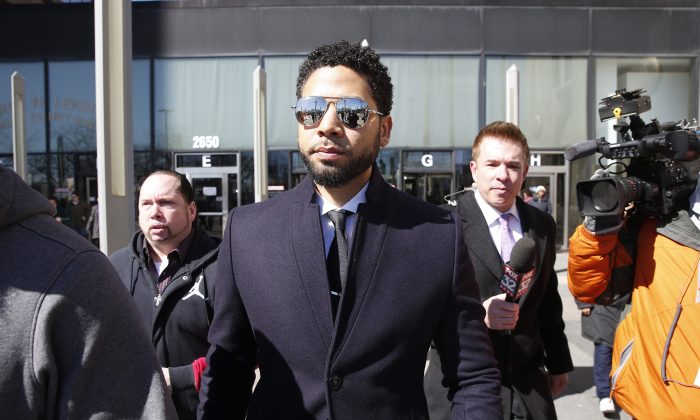 Jussie Smollett’s lawyers have said in a recently filed a motion that even though their client is innocent of staging a hoax attack, there was nevertheless no need for the police to undertake such a “sprawling investigation” and therefore it is “ridiculous and a stretch” that Smollett should cover its costs.

According to the Chicago Sun-Times, attorneys for Smollett filed the motion as a bid to get a city lawsuit against him dismissed before it goes to trial in federal court. The City of Chicago has demanded in the suit that Smollett pay more than $130,000 to cover a range of costs associated with the investigation into what is perceived to have been an orchestrated hoax.

“My client from the beginning has maintained his innocence and disputed the city’s allegations,” said William J. Quinlan, of The Quinlan Law Firm, who filed the motion, The Sun-Times reports. Quinlan said that “it’s going to be very difficult for the city to prevail in making a case my client should pay for overtime for a case ultimately dismissed by the state’s attorney,” adding that expecting Smollett to foot the bill for police overtime and other costs is “ridiculous and a stretch.”

Smollett’s lawyers say in the filing that not only does their client deny he made a false statement to police about being the victim of a crime, there was no way Smollett could have known “that his statements to police would result in 1,836 hours of police overtime.”

“The filing of a police report, in and of itself, does not necessitate a sprawling investigation nor does it, as a practical matter, usually result in an investigation as extensive as the one the CPD chose to undertake in this case,” the motion says, suggesting the investigators were over-zealous.

According to Page Six, Smollett’s lawyers also blasted the city lawsuit as a “vindictive effort to prosecute charges” that had already been dropped. “This unprecedented civil case was filed simply because former Chicago Mayor Rahm Emanuel disagreed with the Cook County State’s Attorney’s decision to dismiss the false police report charges against Mr. Smollett,” Quinlan wrote in the filing.

A ruling is expected in October on whether the city can move forward with the lawsuit that could force Smollett to pay up for the fallout of allegedly misleading investigators about the events of Jan. 29, in which he claimed to have been attacked by two white men.

The actor claimed that the assailants beat him up at about 2 a.m. local time on East North Water Street, before pouring bleach onto him and making remarks that Smollett considered to be racist and homophobic. Smollett alleged that the attackers then looped the rope around his neck, which he is believed to have continued to wear while he escaped to the safety of his apartment and waited for police to arrive.

Video footage released on June 24 shows Smollett wearing a white rope around his neck as Chicago police arrived at his apartment on Jan. 29.

The Chicago Police Department recently released the almost 90 hours of footage along with hundreds of files from the Smollett investigation after the actor’s claim that he had been the victim of a harrowing attack.

The video shows police officers arriving at Smollett’s apartment where he invites them inside. He declares that there are no weapons inside and begins telling his story.

“The reason I am calling is because of this [expletive],” Smollett can be heard saying while another officer touches the rope looped around his neck.

The officer interviewing him asks if Smollett would like to remove the rope.

“Yeah I do, I just wanted to you all to see it,” Smollet said. “They poured bleach on me.”

Various reports said the footage showed that Smollett was wearing the noose about 40 minutes after the alleged attack.

Smollett was subsequently indicted by a Chicago grand jury 16 felony counts on 16 counts for allegedly lying to police about the events of Jan. 29, and then later charged with disorderly conduct.

Cook County Judge Michael Toomin suggested that the case had been mismanaged by Foxx, who later recused herself due to a potential conflict of interest or lack of impartiality, appointing a top aide to replace her.

In releasing the evidence, Chicago Police ‏said it supports the conclusions of the investigative team.

“We stand firmly behind the work of detectives in investigating the fabricated incident reported by Jussie Smollett and Chicago Police will fully cooperate with the court appointed special prosecutor,” police Chief Communications Officer Anthony Guglielmi said on Twitter.

We stand firmly behind the work of detectives in investigating the fabricated incident reported by Jussie Smollett & #ChicagoPolice will fully cooperate with the court appointed special prosecutor. pic.twitter.com/bCDF0NYfzP

Richard Szabo contributed to this report.