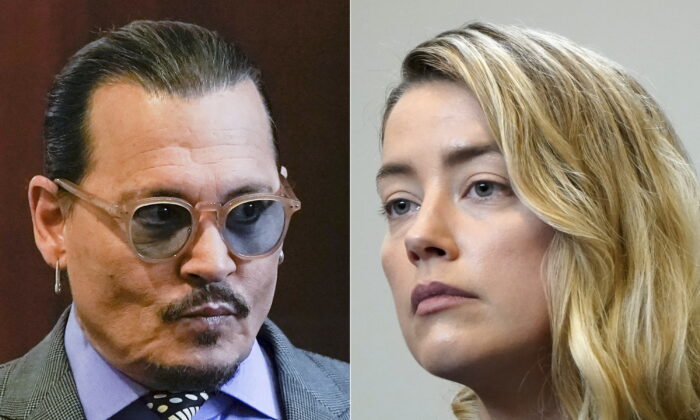 A seven-person jury in Virginia reached a verdict on June 1 regarding Johnny Depp’s defamation lawsuit against ex-wife Amber Heard, who had countersued Depp.

Jurors read the verdict aloud in the Fairfax County courtroom, finding that Heard defamed Johnny Depp on almost every count when she wrote a 2018 opinion article for The Washington Post. The jury awarded compensatory damages of $10 million and $5 million in favor of Depp.

Jurors also ruled that Depp had to pay $2 million to Heard. It ruled in favor of a counterclaim Heard had filed after Johnny Depp’s lawyer called her abuse allegations a hoax.

The “Pirates of the Caribbean” actor had sued Heard for $50 million in damages over a 2018 Washington Post opinion article in which Heard claimed she had become a “public figure representing domestic abuse,” although she didn’t mention Depp by name. His attorneys, however, argued that it referred to allegations that she made during their 2016 divorce proceedings.

In late 2020, Heard countersued Depp for $100 million. She contends that Depp’s lawyer, Adam Waldman, made false statements about her in 2020 to media outlets after he described Heard’s abuse claims as a hoax.

Defamation lawsuits brought by public figures typically have to meet the high bar of both proving the claims were false and that the individual or entity who made the defamatory remark did so with “actual malice,” according to a landmark Supreme Court ruling in 1964. Jurors on June 1 found that Heard’s Washington Post claims against Depp met that standard.

The six-week-long trial, which drew numerous international headlines, came to a close last week after final arguments were made to the jury. On May 31 and June 1, the jury deliberated and answered a verdict sheet with questions.

Testimony during the trial has included lurid details of their short and volatile marriage. Heard testified that Depp physically or sexually assaulted her more than a dozen times. Depp said that he never struck Heard, that she concocted the abuse allegations, and that she was the one who physically attacked him, multiple times.

In closing arguments, Depp’s lawyers had asked the jury to “give him his life back” after it was “ruined” by his ex-wife’s allegations. They said that Heard would rather fight than allow Depp to leave and accused her of acting while testifying in court.

Heard’s lawyers, meanwhile, said Depp would make the jury an “accomplice” to his abuse and a “campaign of global humiliation” against Heard. On May 31, Depp’s team tried—and failed—to strike a portion of Heard’s closing arguments.

Some analysts claim Depp is using the trial to rehabilitate his public image following Heard’s allegations against him. Depp hasn’t been waiting in Virginia for the decision. He spent the past few days onstage, singing and playing guitar with Jeff Beck in the United Kingdom.

The defamation case is being held in Fairfax County, Virginia, because the online edition of The Washington Post is published through servers in the county, which allows Depp to sue her in that jurisdiction.

When the jurors were called to read their verdict at 3 p.m. ET, they hadn’t filled out the amount for damages. The judge then instructed them to go back and fill out the form before the verdict was rendered.