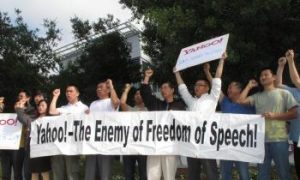 Indian Arts Director: 'Hold Onto Our Traditions'
0
US

A cat was called to jury duty in Boston even though it cannot speak English or perform other functions necessary to serve as a juror.

The cat in question, Sal, was placed on a list of jurors in Boston despite his owner’s requests to take him off, according to ABC News.

However, the cat was denied exemption from jury duty.

Anna Esposito, his owner, filed that Sal "is unable to speak and understand English," according to CBC.

She added that he may have been selected due to an error after they named him on a U.S. census form regarding pet ownership.

"I just wrote 'Sal Esposito', scratched out the 'dog,' and wrote, 'cat,'" she added, according to USA Today.

According to TV station WHDH in Boston, Sal is expected to show up at Suffolk Superior Court on March 23. Esposito said that she will probably just have to bring the cat into court to clear up the issue.

Residents who don't speak English well enough "may be disqualified," the Massachusetts judicial branch website says, according to CBC, adding that jurors can still serve if they don't speak "perfect English."