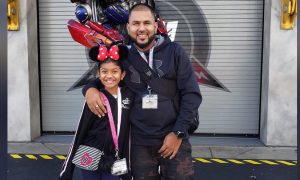 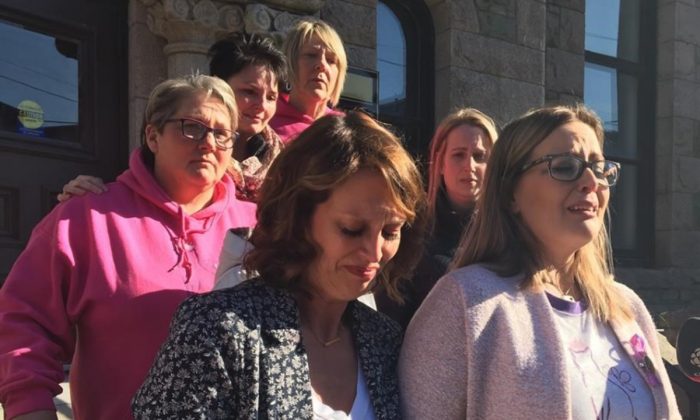 A Newfoundland mother sobbed March 15 after a jury convicted her estranged husband of first-degree murder in the death of their five-year-old daughter.

Heart-wrenching testimony from Quinn Butts mother Andrea Gosse. Many sobbing as she did as she left the stand. On a break now but Defence Lawyer will cross examine her next. #ButtTrial pic.twitter.com/suuhLs91wq

The jury returned Friday afternoon with the verdict against Trent Butt—it carries an automatic life sentence with no chance of parole for 25 years.

It prompted cheers and sobs in the packed courtroom in provincial supreme court in St. John’s, N.L.

“It felt like it took forever, but we got justice for Quinn,” Gosse said between sobs, a memorial pin over her heart showing her daughter’s face.

“I can’t explain it, I have never felt this type of emotion in my life,” she said. “But this is what he chose to do to our life.”

Surrounded by her family on the courthouse steps, Gosse tearfully said she hopes the verdict brings changes that could help the next child like her daughter.

Gosse said the verdict may not mean closure for her right away, but she sees it as a new chapter to grieve and talk about her daughter’s death, now that the emotional trial is over.

Butt will be sentenced April 23. He had previously pleaded guilty to arson.

No one at the murder trial disputed that Butt killed their daughter Quinn at his Carbonear, N.L., home in April 2016, before setting the house ablaze.

The jury was asked to decide whether the death was planned and deliberate, which would mean Butt was guilty of first-degree murder, or if he was guilty of a lesser charge.

Butt testified at trial that he did not remember killing Quinn, but said he found himself over her body and concluded he must have suffocated her.

Crown lawyer Lloyd Strickland said the killing was a calculated plan to inflict suffering on his estranged wife.

The jury had asked Friday to hear Butt’s testimony again, and to view a security video taken from his house.

The video from the night in question showed Butt moving his truck and later putting something in it. Quinn’s voice is heard on the tape after Butt moved the truck.

In closing arguments on Thursday, the Crown pointed to the security video as evidence that the killing was premeditated. The Crown noted that Butt moved the truck before Quinn was killed, suggesting he had been planning to set fire to his home, presumably with Quinn inside.

Butt left a suicide note in the truck saying he had killed Quinn and himself to keep her apart from her mother, Butt’s estranged wife Andrea Gosse.

After closing arguments and the judge’s charge Thursday, jurors deliberated for about four hours before retiring for the evening.

They returned to the courthouse at 9 a.m. local time on Friday and re-entered the courtroom to ask the judge their question a little over two hours later. They returned with a verdict by mid-afternoon.

Butt’s lawyer, Derek Hogan, had argued there was no way to know Butt’s thought process on the night Quinn was killed.