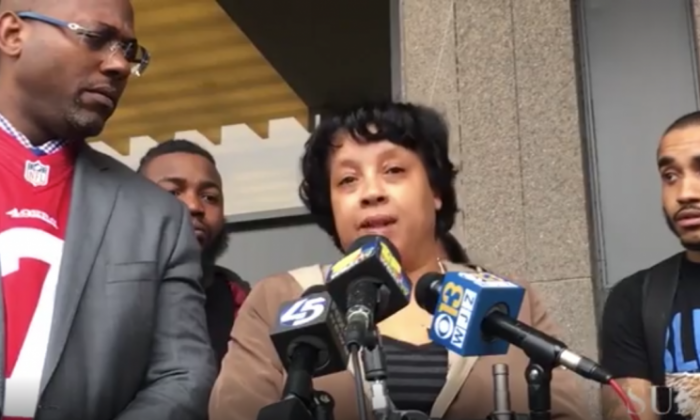 A Baltimore jury awarded $37 million on Friday, Feb. 16, to the family of a woman who died after confronting police with a shotgun.

The jury deliberated for several hours before ruling in favor of the family of 23-year-old Korryn Gaines. She was shot by police after she confronted officers with a shotgun after a six-hour standoff on Aug. 1, 2016.

The Gaines’s family sued Baltimore County and the officer who fired the shot that killed Gaines and wounded he 5-year-old son, Kodi, according to the Baltimore Sun.

The officer, Royce Ruby, was cleared of wrongdoing and has since been promoted.

The jury of six women decided that Ruby violated Gaines and her son’s civil rights under state and federal statutes.

“This win is for all of my sisters in the movement who have lost their children to police violence,” Gaines’s mother, Rhanda Dormeus, told reporters, according to Fox News, “Some of them have never received justice, either criminally or civil. I just want to tell them that this win is for them.”

People gasped in the courtroom when the decision was read.

Baltimore County attorney Mike Field said in a statement that the county was disappointed with the decision and will explore options, including an appeal.

The fatal incident occurred after Gaines refused to open her door for police to serve a warrant. After officers kicked in the door, Officer Allen Griffin III testified that he came face to face Gaines pointing a shotgun directly at him. After Griffin retreated, a standoff ensued. Ruby testified that for most of the day, Gaines sat in the hallway of her apartment with a shotgun in her lap and a cellphone to her ear.

At one point, Kodi went to the kitchen and Gaines followed him. Ruby then said he saw the barrel of the shotgun rise. He shot through the drywall toward where he thought Gaines was and then entered the hallway and shot Gaines three more times.

“There was no choice,” Ruby testified, according to Baltimore Sun. “Officers were going to die if I didn’t take that shot.”

The county defense attorney, Assistant County Attorney James S. Ruckle Jr., argued that Ruby acted to save his life and the lives of other officers.

“[Police] were in jeopardy,” Ruckle Jr. said. “[Ruby] was a dead man if he didn’t fire. He heard her rack [the shotgun] twice. No one disputes that.”