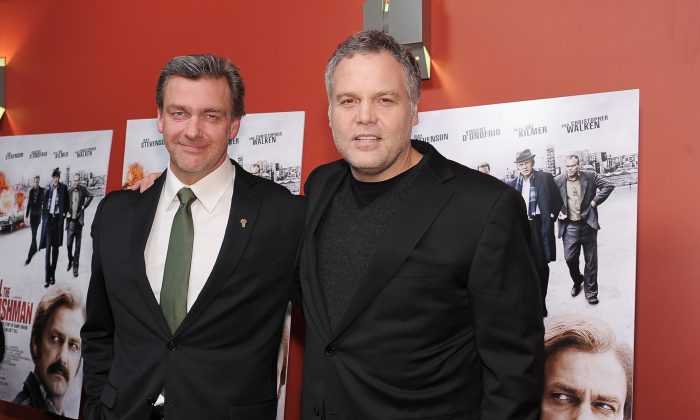 D’Onofrio reportedly plays one of the main villains in the movie, which has finished filming and will be released on June 12, 2015.

D’Onofrio said that he’s read what’s been published about the plot, including comments by Colin Trevorrow, and said that no one “really has it” pinned down as of yet.

“You have no idea what’s in store. There really are a couple of, I would say more than five or six scenes in that, that are just totally iconic, like amazing,” he said.

He later said that “there’s an endless amount of iconic scenes in the movie that come one after another that are going to be so spectacular.

“You know, I think everyone is going to just love it. If they’re anything, like, if the public is anything as enthusiastic as my daughter and my 14-year-old son, I think it’s gonna be a huge movie then,” he added.

D’Onofrio couldn’t discuss specific plot points but did say that “the storyline is gonna be so different” than the first Jurassic Park movies.

Meanwhile, no trailer news has come yet following the no-show at the recent Comic-Con. With filming wrapped, a trailer should hit the Internet soon.