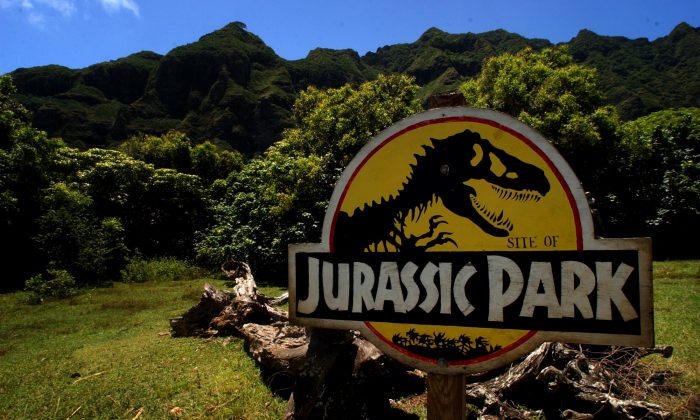 The site of famous dinosaur scenes at Kualoa Ranch in the valley of Kaaawa, Hawaii, May 11, 2005. (AP Photo/ Lucy Pemoni)
Entertainment

Jurassic World, also known as Jurassic Park 4, has a “fantastic” script and story.

That’s according to Thomas Tull, the CEO of Legendary Pictures, which is co-financing the blockbuster film.

Total Films interviewed Tull and asked what made him excited about the movie.

“It’s a fantastic script and story, I loved [Colin’s] first movie and the opportunity for us to work with Frank Marshall and Steven Spielberg and this world is really exciting,” he said.

“The first film was one of my favorite movies of all time and I think you’ll see some of that DNA.”

It was also recently announced that Andy Buckley of “The Office” has joined the cast. Buckley portrayed CEO David Wallace in the hit comedy.

Jurassic World is currently filming in Hawaii and plans are to later shift to Louisiana and San Diego.

Steven Spielberg is executive producer of the project while Colin Trevorrow is directing.