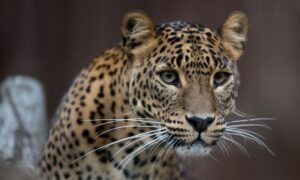 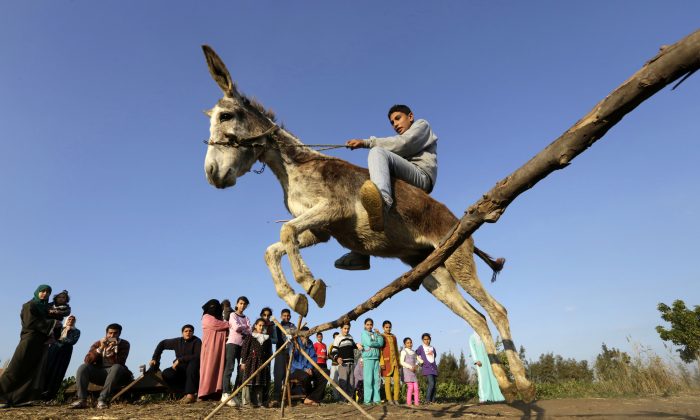 AL-ARID, Egypt—A donkey has leapt to fame in a small Egyptian village by defying her species’ well-known stubbornness and jumping hurdles on command.

Ahmed Ayman, a 14-year-old farmer living in the Nile Delta north of Cairo, discovered his donkey’s natural talent when she leapt over an irrigation canal one day, and decided to train her. “We got a very small barrier, and then would make it higher and higher each day,” he said.

Now the two perform in front of crowds of gleeful children from their village of al-Arid. Ayman uses a wooden baton to urge the donkey on and leaps over a homemade wooden barrier in the style of an equestrian. A cousin has posted pictures of the feat online, which have been spread through social media.

Donkeys are a fixture of daily life in rural Egypt, where they are used for transportation or to haul goods, and can often be seen in Cairo and other major cities. But it’s rare to see a donkey gallop, much less go airborne.

“I have never seen a jumping donkey before. We even tried it with another donkey and when it reached the barrier it stopped,” said Abdel-Moneim Sayed, Ayman’s uncle. “A donkey is very stubborn. If he knows that he cannot pass a barrier he will not even try, no matter what you do.”

Ayman dreams of one day jumping horses, but he says he would never part with his donkey, even for a huge sum of money, “because she can jump, and I love her.”

Here is a series of photographs of the donkey showing off her unique talent by Associated Press Photographer Amr Nabil.