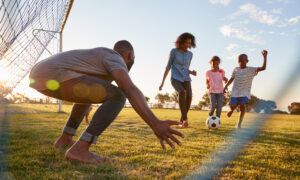 Homeschool 101: What Is Deschooling?
0 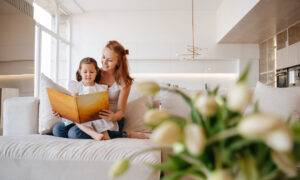 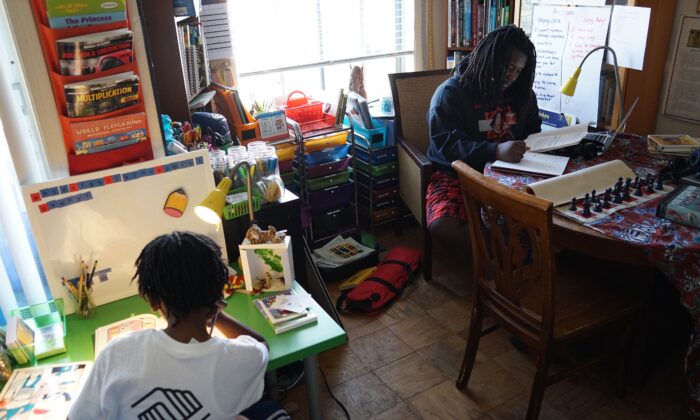 WASHINGTON—As public schools continue to choose virtual education models, parents are reaching out to homeschool organizations to research other options.

In Virginia, more than 44,000 children are already homeschooled, but it’s possible that number will dramatically increase this school year, according to Yvonne Bunn of the Home Educators Association of Virginia (HEAV).

In an average year, the increase in homeschool enrollments in Virginia is around 10 percent. This year, Bunn anticipates an increase of 30 percent to 40 percent, not just in Virginia but nationally.

Calls to HEAV have quadrupled since schools first closed in March, said Bunn, who is the director of homeschool support and government affairs.

Initially most inquiries were from parents wanting advice on how to deal with public school taught online at home. Now, more parents are considering a permanent switch to homeschooling.

She said as parents began seeing the materials being taught, it gave them confidence that they could direct their child’s learning, and perhaps even do a better job.

Bunn said parents have told her, “I’d rather be a real homeschooler than be a virtual school parent, where the public system decides on the curriculum, decides on the pace of the work, and gives that busy work that my child may or may not need.”

A lot of what Bunn does is help parents understand how homeschooling works and what the legal requirements are—which varies state to state.

She said many two-income parents aren’t sure how to juggle everything, but once they realize the instruction hours are flexible and much shorter than in public school, it becomes possible for many.

Bunn uses her own experience of working while homeschooling her own three children from kindergarten through 12th grade.

“Typically, when we were doing early elementary, kindergarten, through, say third or fourth grade, it was actually our goal to finish school before lunchtime,” she said. “And then they would have the afternoon to do their own projects.

“Because you’re not lining them up, you’re not taking them to the water fountains, having to take them to the library, go into the lunchroom. And then you’re not sitting there waiting for the students who are struggling.”

She said the teaching portion of subjects such as history and science can be combined for children of different ages and stages, while the assignment portion can be based on each child’s ability.

“I never taught biology and chemistry, and I didn’t teach higher math, either,” Bunn said. “When our children were in high school, they took those courses from the community college. I didn’t know how it was going to work at first because they never had high school biology. They made straight A’s, straight A’s in college biology, because they knew how to study.”

Although a smaller proportion of homeschooled students take the SAT, the ones who do score higher on average than private or public school students.

Bunn said that in the two years before the pandemic hit, a large increase in homeschooling came about because children were too anxious at school.

“We’ve had so many calls from parents whose children are suffering with anxiety because of bullying situations in school, or being put down, or made fun of, or things like that,” she said. While, at home, “students are not faced with drugs and gangs and negative peer pressure, bullying, low self esteem.”

Parents also make the switch to homeschooling because they want to pass on their values to their children, as well as provide a more tailored academic experience—whether their child is advanced and not being challenged, or not doing well and not getting the help they need.

Bunn said socialization is a “non-issue” with homeschoolers and that the average homeschooler participates in more than five different social or sports activities during the school year.

Often, homeschooling families form local co-ops to help each other juggle everything and provide social experiences, field trips, and expertise on certain topics. Co-ops can help single working parents, too.

The Texas Home School Coalition has also experienced a dramatic increase in interested parents and expects enrollments to jump this year.

In March, as schools sent children home, the coalition launched a website offering parents a free six-week curriculum to help them close out the semester.

“We saw incredible success with that,” Stephen Howsley, the coalition’s public policy analyst, told The Epoch Times. Now, he said, some parents are saying that they’ve loved being at home with their children and want to carry on.

Texas is one of the least regulated states for homeschooling. It treats homeschools as private schools, which the state cannot regulate, said Thomas J. Schmidt, a lawyer for the Home School Legal Defense Association.

“You’re still required to educate your children, of course, but the state cannot regulate how or what you do in that educational program,” Schmidt told The Epoch Times. He said the same is true for states such as Oklahoma and Indiana, whereas states such as New York, Pennsylvania, and Massachusetts are among the most regulated.

Howsley said control over curriculum content is a major reason people in Texas decide to homeschool. Originally, religious reasons played a significant role in the decision, he said.

“But … a lot of parents are just doing it now to give their children more viewpoints and a broader experience with regards to their education,” he said.

Schmidt said he helps parents navigate legal issues in their state, including burdensome reporting requirements and overreach by school districts. Sometimes, school districts pressure parents not to withdraw their child from the local public school, or tell a parent they need to provide information or use a public school curriculum that’s not legally required.

“The law does not require a parent to first meet with local school officials in order to be able to homeschool their children,” Schmidt said. “Fortunately, no state requires homeschool, or private school for that matter, to use the public school curriculum.”

Nationally, around 2.5 million children (or 3 percent to 4 percent of school-age children) were homeschooled in 2019, according to the National Home Education Research Institute.

A poll released in mid-May by RealClear Opinion Research found that “40 percent of families are more likely to homeschool or virtual school after lockdowns.”

President Donald Trump has advocated that education funding be attached to the child, which would likely give homeschooling another boost.

“If schools do not reopen, the funding should go to parents to send their child to public, private, charter, religious, or homeschool of their choice,” Trump said at a press briefing on July 23.

“The key word being ‘choice.’ If the school is closed, the money should follow the student so the parents and families are in control of their own decisions. So we’d like the money to go to the parents of the student. This way, they can make the decision that’s best for them.”