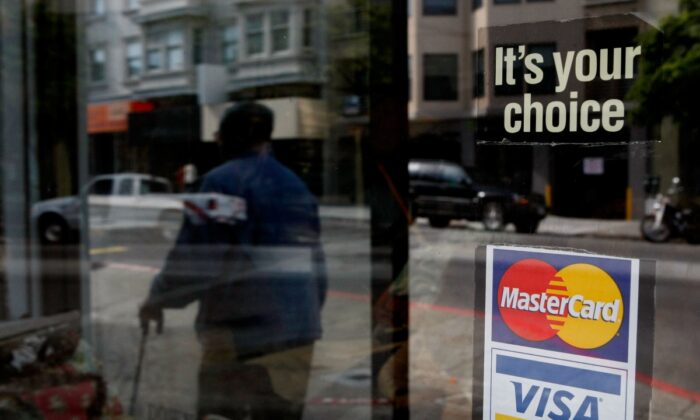 July Rate Hike to Add $6.4 Billion in Credit Card Interest as Most Disapprove of Fed: WalletHub

The next Federal Reserve rate hike is projected to add up to $6.4 billion in extra credit card interest, according to a new study.

WalletHub, a personal finance website, estimates that U.S. consumers could see between $4.87 billion and $6.4 billion in additional credit card interest. This doesn’t count the other increases so far this year.

The publication’s new Fed Rate Hike Survey, which gauged consumer sentiment on the subject, also found that 60 percent of respondents don’t think the Fed is doing a good job. A total of 63 percent of Americans report that their wallets have been affected by the 1.5 percent boost in rates this year.

Moreover, 28 percent of individuals are more perturbed about the institution raising rates this month compared to June. More than half (56 percent) of survey participants think the central bank’s tightening has made them worry more about layoffs and job security.

The Federal Open Market Committee (FOMC) will hold its next two-day policy meeting on July 26 and July 27. Despite the dramatic jump in the number of investors penciling in a 100-basis-point rate hike following the red-hot June consumer price index (CPI), market expectations have eased in recent trading sessions.

A total of 70 percent of traders are certain that the rate-setting committee will raise the benchmark fed funds rate by 75 basis points for the second consecutive month, according to the CME FedWatch Tool. Only 31 percent say there will be a full-point boost.

“People who are watching the cost of their debt increase aren’t pleased for obvious reasons, and those worried about inflation are not seeing anything change, either,” Delaney Simchuk, WalletHub analyst, said in the report. “People are becoming increasingly frustrated with the Fed. Public sentiment is unlikely to sway in the favor of the Fed unless inflation is tamed without too much collateral damage.”

Total household debt and credit growth have climbed at remarkable levels so far this year.

Data from the Federal Reserve Bank of New York show that total household debt surged by $266 billion to $15.84 trillion in the first quarter of 2022. This is up by $1.7 trillion from before the COVID-19 pandemic.

Consumer credit showed signs of slowing down in May, rising by $22.35 billion and coming in below the market estimate of $31.9 billion, Federal Reserve numbers revealed. This is down from the downwardly revised $36.76 billion in April.

The Fed Bank of New York’s Survey of Consumer Expectations shows that 57 percent of Americans say it will be harder to obtain credit one year from now. The mean probability of not being able to make minimum debt payments over the next three months edged up to 11.3 percent.

“High inflation is straining household budgets, with credit card debt marching higher and households drawing down their savings. More than a third of U.S. households have less emergency savings than one year ago,” Greg McBride, chief financial analyst at Bankrate.com, told The Epoch Times.

Although the Ipsos-Forbes Advisor U.S. Consumer Confidence Tracker tacked on 2.5 points from earlier this month, the index is still lower than the 50-point threshold, a mark unseen since December 2020.

Similar numbers were reported in the University of Michigan Consumer Sentiment Index, which climbed to a better-than-expected 51.1 in July, up from an all-time low of 50 in June. The current economic conditions subindex also surged to 57.1, but the expectations measurement fell to a 42-year low of 47.3.

“Consumers remained in agreement over the deleterious effect of prices on their personal finances. The share of consumers blaming inflation for eroding their living standards continued its rise to 49%, matching the all-time high reached during the Great Recession. These negative views endured in the face of the recent moderation in gas prices at the pump,” Joanne Hsu, director of the Surveys of Consumers, said in a statement.

Fitch Ratings stated in a research report last month that growing credit card balances amid 40-year high inflation and increasing discretionary spending are “within ratings expectations” and “not a harbinger of U.S. consumer stress.”

“Credit performance for the largest credit card issuers has been exceptionally strong over the past two years, with chargeoffs for most issuers at multidecade lows and tracking at roughly half of 2019 levels,” Fitch wrote.

“Higher consumer spending and leverage, driven higher by higher inflation, is not expected to result in a material increase in chargeoffs for prime borrowers in the near term given strong payment rates and robust consumer indicators. However, inflationary pressure could more acutely affect subprime borrowers, causing divergence in credit performance relative to prime borrowers.”

Inflation is expected to remain elevated for longer, and borrowing costs are rising. How can consumers acclimate to this environment?

“Inflation has been so pervasive and has been most pronounced on necessities, that there is nowhere to hide,” McBride said. “Economize as much as possible by utilizing sale ads, coupons, loyalty program discounts, and the stash of gift cards you have sitting in a drawer. Anything to stretch your dollars a bit further.”