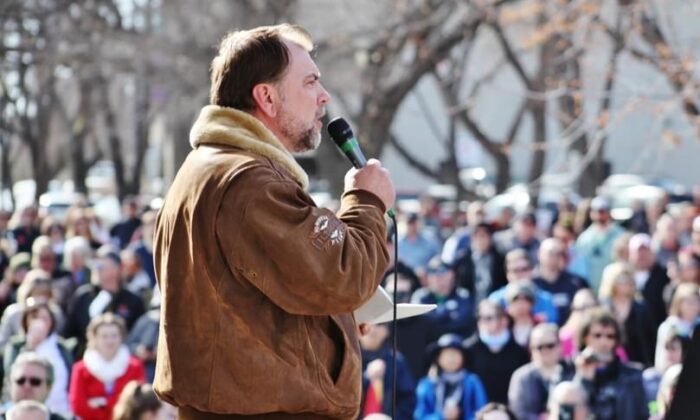 Pastor Artur Pawlowski speaks at a “freedom rally” in Edmonton on March 20, 2021, part of a worldwide protest against COVID-19 restrictions. (Courtesy of Artur Pawlowski)
Viewpoints

Julie Ponesse: Why Are COVID Hysterics Persecuting the Religious? 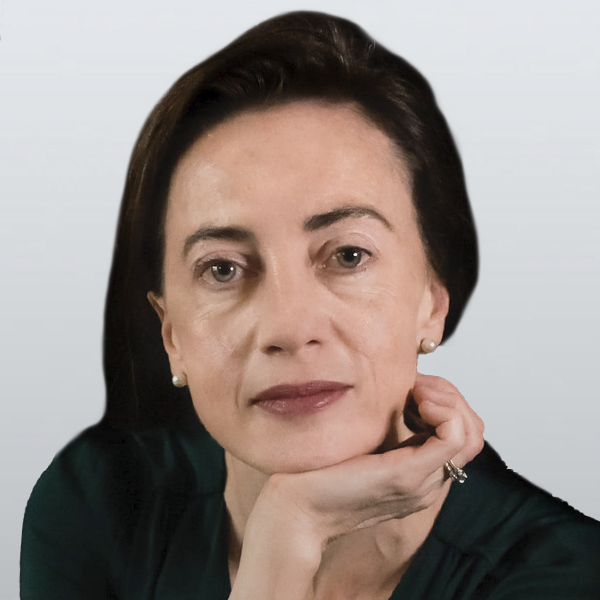 Religious leaders like Artur Pawlowski who question COVID-19 health restrictions are a “threat to public safety.” Or so the criticism goes.

After giving a sermon in February in Coutts, Alberta, in which he urged trucker convoy protesters to “hold the line” in their efforts to safeguard freedoms, Pastor Pawlowski was arrested, denied bail, and imprisoned for 40 days until the decision was unanimously overturned by the Alberta Court of Appeal in July.

According to the 2021 World Watch List compiled by the advocacy group Open Doors, there were two important persecution trends in 2020: the number of Christians killed increased by 60 percent, and governments used COVID-19 restrictions as an excuse for religious persecution.

Facial recognition systems, for example, were installed in state-approved churches in China, allowing churchgoers to be tracked and punished, and India’s nationalist Janata Party encouraged the persecution of Christians by sanctioning Hindu extremism. In Canada, a country that used to be a safe haven for the persecuted, pastors are being ticketed and imprisoned for holding religious services, and religion itself is slandered in the COVID narrative, associated with poor research, misinformation, and right-wing politics.

Our treatment of religious persons seems to be non-fictionalizing Orwell’s totalitarian state, Oceania, in which atheism is compulsory and religious belief is a crime (one of the crimes to which the hero of “1984,” Winston Smith, confesses).

In Orwell’s superstate, atheism is not only essential to “the Party’s” absolute power, but it is compelling. According to Orwell’s dystopian fantasy, human life is meaningless because individuals will always die, but by joining the Party, they become part of something more enduring than themselves. Totalitarianism—I use that word intentionally—offers a way to rescue themselves from the threat of absolute non-existence.

In any totalitarian state (including the one we are inching toward), citizens are divided and polarized. There are the believers and the non-believers, the members and the outliers, the chosen ones and the sinners. The followers believe above all else in the ability of the state to achieve a kind of utopia. They follow the state’s commands, not because of their evidentiary reasonableness but because their commitment to the project requires unquestioning allegiance. The sinners are heretics who stand in the way of safety and purity. What appeal have reason and freedom and autonomy when stacked against effortless and guaranteed immortality?

Today, many people are turning away from personal religion toward state-led science, which is presented as being more sophisticated and more aligned with truth. But totalitarianism is not an alternative to religion—it is secularized religion, as Holocaust survivor Hannah Arendt wrote, and its appeal is spreading across the globe at a head-spinning rate.

Totalitarianism replaces personal religion with the idea that we can find meaning not in God but in ourselves, in a group of human beings. “The State takes the place of God, the socialist dictatorships are religions and State slavery is a form of worship,” wrote Carl Jung. The slogan of Oceania’s Party, “freedom is slavery,” could easily be the slogan of Canada’s ruling party today. (And dare I mention the sign above the gate at Auschwitz “Arbeit Macht Frei” [“Work Makes One Free”]?)

In the totalitarian state, the methods of religious enthusiasm and evangelism are deployed to convince the masses that the dream of a perfectly pure, progressive state—a heaven on earth—justifies any limitation of personal freedom. And so, the punishment of dissidents—via mandates, surveillance, imprisonment, and possibly even extermination of individuals or groups—is considered acceptable or even noble.

To ensure continued allegiance to a totalitarian regime, citizens are kept in a continual fear cycle, worn down by the ever-present threat of loss of income, education, food, gas, housing, and mobility, and the fear of being and dying alone. These fears are solidified by visible propaganda—hospitalization and death count graphs, masking signs at the entrances of businesses, social media vaccine ‘stickers’ and other virtual badges of honour, and the continual recital of mantras like “we’re all in this together” and “everything we do is to protect your health and safety.”

The advice of our leaders is presented as the only way to remain safe. But let us not forget that blind allegiance to those who abuse us is a survival strategy for the abused, not a rational life plan. The harsh lesson of Stockholm Syndrome is that abusers can become saviours in the eyes of the abused; they become a safe haven, a way out, the only perceivable way out.

Religious persons today are a threat, but not to public safety as the narrative instructs us. They are a threat to the idea that the state is to be worshipped above all else, to the religion that’s trying to take their place, to the idea that it’s possible to find a compelling and complete sense of meaning outside of the state.

As Artur Pawlowski’s son Nathaniel said about the police who were waiting outside their house to arrest his father:

“This has nothing to do with law. … He embarrassed them on a global scale. He’s exposed their corruption. People are waking up. He has a powerful voice. They’re scared of that voice, so they want to keep him in prison now as punishment.”

Should we care about the persecution of Christians if we aren’t religious ourselves?

When self-professed atheist blogger Tim Urban was interviewed by Bari Weiss on something about which he changed his mind in 2021, he said:

“I’ve spent most of my life thinking ‘the more atheists, the better.’ Looking back, this now feels like a ‘be careful what you wish for’ hope. It’s easy for non-religious people to look down on religion, but we take for granted the extent to which a good society is good because of the moral structure it provides.”

Freedom of religion (and conscience and thought and belief) bears a core relationship to the ways we envision and create life in all of its essential dimensions: family, education, spirituality, relationships, and the dignity and independence of persons from their role as citizens. We are persons first and citizens second. We can make ourselves fit for citizenship, but we shouldn’t allow the demands of citizenship to dictate who we are as persons.

Religion is a core charter right (Canadian Charter of Rights and Freedoms, Section 2a), but the Canada we are creating is one in which religious persons must make an irreconcilable moral choice: be a good citizen and betray yourself, or be true to yourself and face the political consequences.

I leave you with these words, which are solidly Canadian, possibly inspirational, and worth quoting at length:

“[T]he history of this country is one in which we are constantly challenging ourselves and each other to extend our personal definitions of who is a Canadian. This is a good and important thing. It is good for us, good for our country, and important to the world. … We understand that people are defined both by the things that unite and distinguish us from one another: languages, cultures, faiths. Even, importantly, gender and sexual orientation. However, we also know that all of these contribute to a person’s identity, but don’t define it. These things all find their highest, most concrete expression in the individual human beings who embody them. This, too, is a good thing. It gives people room to live and breathe.”

“It gives people room to live and breathe.” These aren’t my words. They are the words of our own Prime Minister Justin Trudeau, whose 2015 self seems irreconcilable with the person who said just a few months ago that the burning of churches is “understandable” and that evangelical Christians are the worst part of society.

Religious Canadians are losing this room “to live and breathe.” In fact, they are being suffocated. The question is, how will we respond? Will we act as free persons or as unknowing slaves? And what is the true cost of our conversion to state worship?