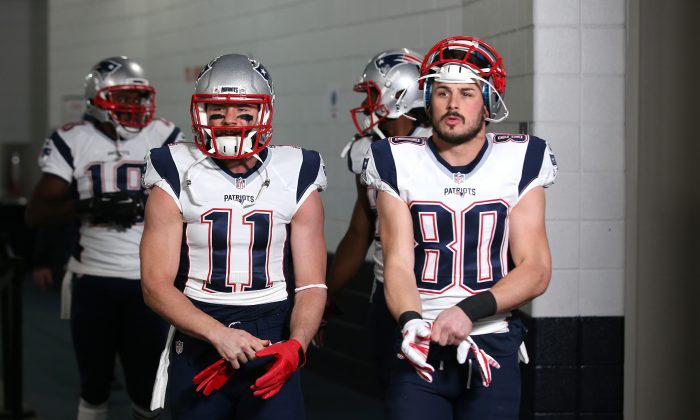 NFL players Julian Edelman and Danny Amendola don’t look like they have a future in law enforcement, but comedy acting might be their thing.

The parody features the duo riding around in a police car, clowning around with their police clubs in someone’s backyard pool, pushing each other while riding in a grocery store shopping cart, partaking in some back-alley gambling (and then running away when another cop arrives on the scene), and finally heading to the scene of a possible “burgerlary”—which ends with the duo eating some burgers instead of catching any criminals.

During the offseason, Julian Edelman and Danny Amendola have been working as “cops”: https://t.co/iFogsC4kIA pic.twitter.com/RaTEs6s7rd

Should the two venture into acting following their football careers, it might not be far off. While Amendola turned 30 last November, Edelman hits the three-decade mark in May and few receivers maintain their same effectiveness at that age. At least they have something to fall back on.

Julian Edelman and Danny Amendola pretending to be cops is something you need to see. https://t.co/k3Rn1or9pV pic.twitter.com/c8eNjDRphr