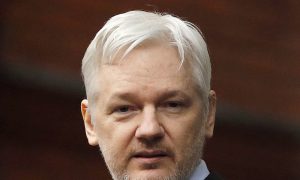 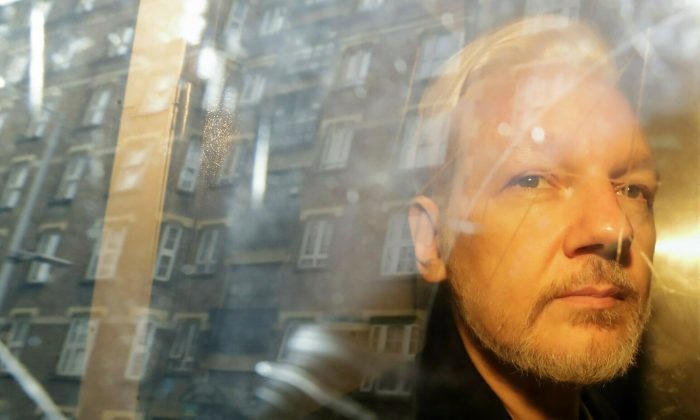 Buildings are reflected in the window as WikiLeaks founder Julian Assange is taken from court, where he appeared on charges of jumping British bail, in London on May 1, 2019. (Matt Dunham/AP)
Australia

Julian Assange has instructed British authorities to stop releasing any information about him to the Australian High Commission in London.

Consular officials have written to the Wikileaks founder four times since the order was made on June 14, but have not received a response.

“There has been no reply to any of those approaches.”

Australian diplomats have not heard back from Assange’s lawyer since writing to her last week requesting that she raise with him their offer of consular assistance.

Assange, 48, is locked up in the UK fighting against extradition to the United States.

He appeared distracted and disoriented when he appeared before a London court earlier this week where a judge refused his legal team’s request to delay his U.S. extradition hearing.

“I can’t think properly,” he mumbled, before adding that the U.S. government had an unfair advantage in the case, and accused them of stealing his children’s DNA.

“I don’t understand how this is equitable. This superpower had 10 years to prepare for this case and I can’t access my writings. It’s very difficult where I am to do anything but these people have unlimited resources,” he said.

“They are saying journalists and whistleblowers are enemies of the people. They have unfair advantages dealing with documents. They (know) the interior of my life with my psychologist. They steal my children’s DNA. This is not equitable what is happening here.”

He has been held in London’s Belmarsh prison since his April 11 arrest at the Ecuadorian embassy, where he had lived in asylum for almost seven years.

Following his directive, Australian officials are no longer able to monitor his physical and mental health.

“With the withdrawal of consent, and the lack of our ability to meet with him, we’re unable to provide detailed requests or receive a response from British authorities,” Todd said.

Assange has been charged in the United States with 17 counts of spying and one count of computer hacking in relation to WikiLeaks’ release of thousands of classified Pentagon files regarding the Iraq and Afghanistan wars.

“He has been offered consular services … like any other Australian would,” she told the committee.

Senator Payne said it was important to let the legal process run its course.

“I think it’s important to remember that as Australia would not accept intervention or interference in our legal processes, we are not able to intervene in the legal processes of another country,” she said.