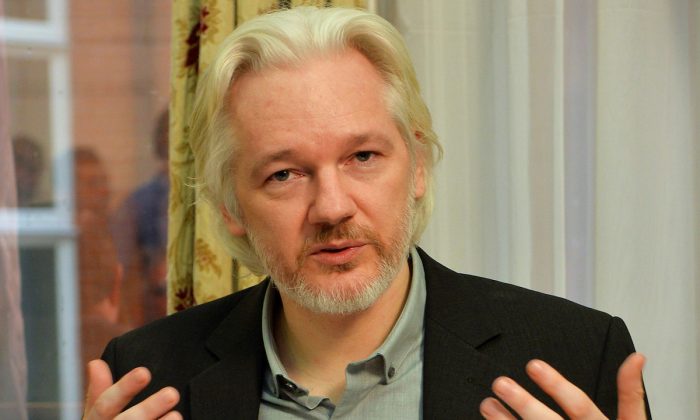 Julian Assange Appeals Extradition to the US

WikiLeaks founder Julian Assange on Friday lodged an appeal to Britain’s Supreme Court against a lower court’s decision to extradite him to the United States.

The U.S. government has levelled an 18-count superseding indictment against the 50-year-old Australian, meaning he would face a 175-year prison sentence if convicted. However, the U.S. authorities said in its appeal that a sentence of between three and six years was more likely.

Assange, who did not appear in court, is wanted by U.S. authorities over WikiLeaks’ publication of vast troves of classified U.S. military documents and diplomatic cables in 2010 and 2011.

The application came two weeks after Washington won its appeal over Assange’s extradition in London’s High Court, which saw Assange moving a step closer to facing charges of violating espionage law and conspiring to hack government computers in the United States.

The London court said it was satisfied with a package of assurances given by the United States about the conditions of Assange’s detention, including a pledge to not hold Assange in a maximum security prison in Colorado, and that he would be transferred to Australia to serve any prison sentence.

The United States also said Assange would receive clinical and psychological treatment at the prison he was jailed in.

The Supreme Court is the United Kingdom’s final court of appeal.

Assange’s fiancée, Stella Moris, said in a statement on Thursday the High Court must first “certify that at least one of the Supreme Court appeal grounds is a point of law of general public importance” in order for the application to have a chance to be considered by the Supreme Court.

Moris, a lawyer and the mother of Assange’s two children, also said the application for leave to appeal filed on Thursday is currently under consideration by the High Court judges. A decision is not expected before the third week of January.

Birnberg Peirce Solicitors, who are representing Assange, said they “believe serious and important issues of law of wider public importance are being raised” in Assange’s application.

“They arise from the Court’s judgment and its receipt and reliance on US assurances regarding the prison regimes and treatment Mr Assange is likely to face if extradited,” the lawyers said in a statement.

“Because this application is now the subject of judicial consideration, his lawyers do not propose to comment further at the moment.

“We hope and trust the High Court will grant a certificate on the questions raised as well as giving permission to appeal in order that they can thereafter be fully argued before the Supreme Court.”

U.S. authorities brought a High Court challenge against a January decision by UK district judge Vanessa Baraitser that Assange should not be extradited to the US on grounds that he was likely to attempt suicide if held under harsh conditions.

The High Court overturned the British court’s ruling on Dec. 10 after a two-day hearing in October.