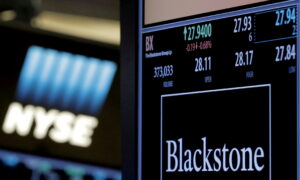 Flooding in Colorado isn’t over as several rivers are overflowing in northern Colorado into multiple towns and cities days after the worst flooding hit Boulder and other cities in the middle of the state.

9News reporter Brain Willie said around 2:15 p.m. MDT on Wednesday that the South Platte River crested at 1 p.m. at 10.9 feet and didn’t do any damage to the town or the wastewater facility.

The town of Crook and residents along the north side of CO 138 were evacuated early Tuesday because of “historic high levels of water in the Harmony Ditch,” said the Logan County Office of Emergency Management. People in the area can find shelter at the Caliche School and get questions answered at 970-886-2100.

The National Weather Service on Sunday warned that a “record-setting flood wave” was moving down the South Platte River between Sterling and Julesberg.

Local meteorologist Chris Spears siad on Tuesday afternoon that there will likely be a “rapid rise” in the South Platte River, “likely to exceed 1965 level of 10.4 feet.

The service later extended a flood warning for northern Colorado, including Julesburg, until Wednesday morning “or until the stream falls below flood stage.”

Crook was flooded along Highway 138 but the town was mostly not flooded after reinforcements to the Harmony Ditch.

[View the story “Flooding in Julesburg, Colorado Expected” on Storify]