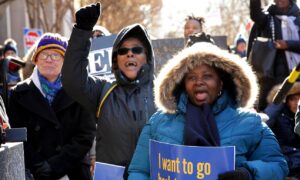 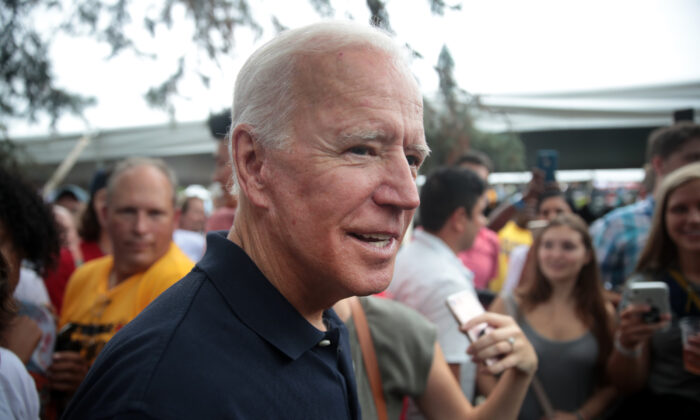 WASHINGTON—Judicial Watch announced Sept. 26 that it has filed suit in federal court seeking to force the State Department to release all official U.S. government documents related to the firing of a Ukrainian prosecutor, as demanded by former Vice President Joe Biden.

The nonprofit government watchdog’s suit was in response to the government’s failure to respond to a May 7 Freedom of Information Act (FOIA) request for:

Postal records confirmed that the Office of Programs and Information Services, which handles FOIA requests sent to the State Department, received the Judicial Watch request. The department didn’t respond within the time limits set by federal law, according to Judicial Watch.

The FOIA was filed after a video became public of Biden telling a Jan. 23, 2018, conference at the Council on Foreign Relations of his threatening to withhold more than $1 billion in U.S. assistance to the government of Ukraine if officials didn’t fire Shokin before Biden departed the country in six hours.

Shokin was at the time conducting a corruption investigation of Burisma, a Ukraine energy company that was paying Biden’s son, Hunter, $50,000 a month in consulting fees, according to media reports.

“I remember going over and convincing our team that we should be providing loan guarantees, and I went over to Kyiv for, I guess, the 12th or 13th time, and I was supposed to announce there was another $1 billion loan guarantee,” Biden told the conference.

“And I had gotten a commitment from [then-Ukraine President Petro] Poroshenko and [then-Ukraine Prime Minister Arseniy] Yatsenyuk that they would take action against [Shokin], and they didn’t.

“So they were walking out to the press conference, and I said, ‘We’re not gonna give you the billion dollars.’ They said, ‘You have no authority, you’re not the president.’ The president said, I said, ‘Call him.’

The Judicial Watch lawsuit for the Biden records was announced the same day as acting Director of National Intelligence Joseph Maguire testified before the House Select Committee on Intelligence concerning his handling of a complaint filed by an anonymous federal worker described by the news media as a “whistleblower.”

The complaint was given to the Inspector General for the Intelligence Community (IGIC). It claimed President Donald Trump threatened in a July 25 telephone call to cut off U.S. military assistance if Ukraine’s then-newly elected President Volodymyr Zelensky didn’t reopen the investigation of Burisma and Hunter Biden. The complaint also claimed White House aides tried to hide call records.

Trump released the official transcript of the call Sept. 25, calling it “a nothing call,” and denying any wrongdoing in the conversation with Zelensky.

Maguire received the complaint from the IGIC, concluded it was “credible,” and gave it to the Department of Justice (DOJ). The DOJ’s Office of Legal Counsel reviewed it and concluded the allegations in the complaint failed to meet the legal definition of an “urgent concern” in the federal whistleblower protection statute and warranted no further action.

The unidentified individual who filed the complaint acknowledged that he or she did not actually hear the president’s call to Zelensky, but only learned about it secondhand from half-a-dozen White House officials. The IGIC also said there were “indicia of an arguable political bias” against Trump in the complaint.

Congressional Democrats insist Trump’s alleged threat is an impeachable crime and are moving forward with multiple investigations they claim will determine whether formal articles of impeachment should be filed in the House of Representatives.

Rep. Devin Nunes (R-Calif.), the ranking minority member of the intelligence panel, told the Maguire hearing, “What we have with this storyline is another Steele dossier. … In the Democrats’ mania to overturn the 2016 elections, everything they touch gets hopelessly politicized.”

The Steele dossier is the discredited document that was investigated in the two-year probe, which found no Trump/Russia collusion. The dossier had been paid for by Trump’s 2016 opponent, former Secretary of State Hillary Clinton and the Democratic National Committee.