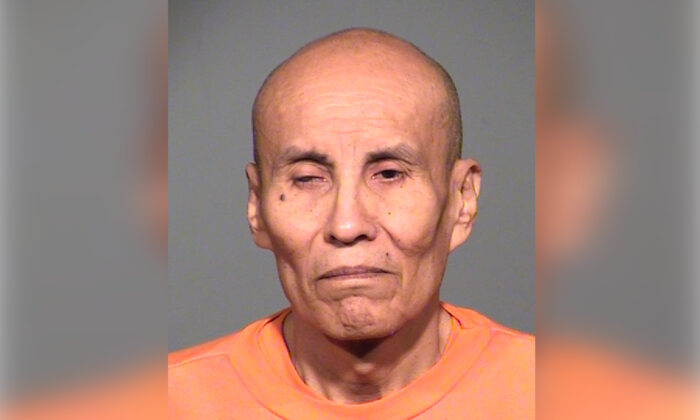 PHOENIX—A federal judge on Saturday refused to halt an Arizona execution planned for Wednesday after the state provided attorneys for convicted killer Clarence Dixon with documents outlining testing done on the drug it will use, but an additional flurry of last-minute court action could still lead to a delay.

That court action is almost certain to include Dixon’s contention that the test results released late Friday showed that the sedative to be used has exceeded its expiration date. Arizona’s lawyers contend it will not expire until August.

Dixon’s attorneys also plan to appeal to the Arizona Supreme Court a state judge’s Tuesday ruling that while Dixon suffers from schizophrenia, he understands what is about to occur and is therefore competent to be executed. If the state high court refuses to overturn that, they plan to turn to federal court on that issue.

“I just do want to remind you that the window of opportunity here is closing,” Humetewa told Dixon’s lawyers at the close of Saturday’s hearing. “I do ask you to be mindful of that.”

Saturday’s hearing primarily focused on whether the barbiturate sodium pentobarbital that was compounded into a solution by a licensed pharmacist met expiration guidelines. But that issue itself was not before the judge, only Dixon’s contention that he had a constitutional right to know the test results the state was relying upon to set the expiration date.

Once that was provided by the state Friday night, Humetewa said she had nothing before her.

“So your request has been met,” Humetewa said. “I think the argument over whether or not the compound has expired is a wholly different question.”

Dixon attorney Jennifer Moreno said an amended lawsuit seeking to explore that will be expedited.

Arizona and many other states have struggled to get execution drugs in recent years after drug-makers refused to sell their products for that use. Arizona obtained the pentobarbital they plan to use from an unidentified compounding pharmacy.

That pharmacist mixed a batch of the drug into a solution last September and sent it to a federally registered lab for testing, according to state documents. The testing showed it would last 180 days. The pharmacist then mixed a second batch from the same powder in February for use in Dixon’s execution, and the state contends it won’t expire until this coming August.

But Moreno said the documents just provided by the state do not show what the state contends.

“The underlying data demonstrates that the drug tested did not pass the defendant’s own tests,” Moreno said. “These are the tests the (state) said needed to be done to extend the beyond-use date beyond 45 days.”

Since they failed, Moreno said, the drugs the state plans to use actually expired in mid-April.

Dixon, now 66 and blind, is set to be the first person put to death in Arizona since in nearly eight years, mainly because of problems with the previous execution. The state had to give Joseph Wood 15 doses of a two-drug combination over two hours before he died in July 2014 in an execution that his lawyers said was botched. The state now is using just one drug.

Dixon had was found “not guilty by reason of insanity” in a 1977 assault case in which the verdict was delivered by then-Maricopa County Superior Court Judge Sandra Day O’Connor, nearly four years before her appointment to the U.S. Supreme Court. Bowdoin was killed on Jan. 7, 1978, two days after that verdict, according to court records.

Bowdoin was found dead in her apartment, and had been raped, stabbed, and strangled. Dixon had been charged with raping Bowdoin, but the charge was later dropped on statute-of-limitation grounds. He was convicted, though, in her death.

Defense lawyers said Dixon has been diagnosed with paranoid schizophrenia on multiple occasions, has regularly experienced hallucinations over the past 30 years and should not be executed.

On Tuesday, the Arizona Supreme Court issued a warrant for a second execution. Frank Atwood is set to die June 8 for killing an 8-year-old girl in 1984. Authorities say Atwood kidnapped the girl, whose body was found in the desert northwest of Tucson.