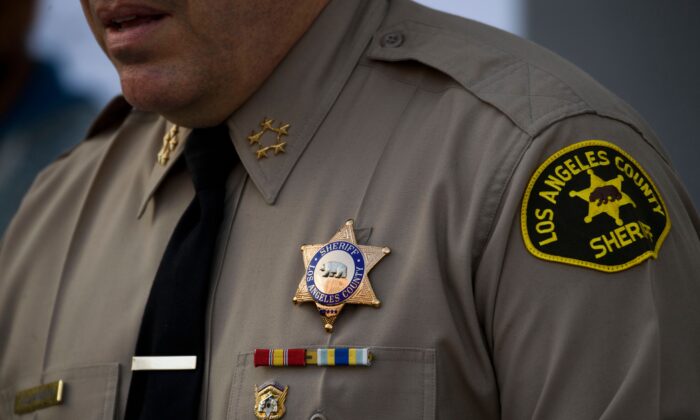 Sheriff Alex Villanueva of the Los Angeles Sheriff's Department speaks about a task force targeting wage theft outside of the Hall of Justice in Los Angeles, on Feb. 9, 2021. (Patrick T. Fallon/AFP via Getty Images)
Southern California

LOS ANGELES—A judge dismissed on Nov. 5 a lawsuit originally filed by a deputy in September 2020 alleging the Compton Sheriff’s Station’s life-threatening retaliation against him when he reported the criminal activities of a deputy subgroup known as the Executioners.

However, Gonzalez’s attorney, Alan Romero, revived the case, saying Fahey’s previous ruling had nothing to do with the substance of the case, which was then reinstated by Fahey in March.

Lawyers for Los Angeles County subsequently filed a second motion to dismiss the case in July, arguing there were no triable issues.

According to the original suit Gonzalez filed in September 2020, the Marine Corps combat veteran called an anonymous tip line in February 2020 to report the “criminal activities of a deputy gang at Compton Station which existed to violate the rights of the public and other sheriff’s department employees.”

The department turned over a recording of Gonzalez’s call to the gang, placing the plaintiff in danger, and “took zero steps to curtail the deputy gang,” according to the suit.

In March 2020, Gonzalez was passed over for a watch deputy position that was instead given to an Executioners “prospect” in violation of county policy, the suit stated. That same month, a sergeant forced Gonzalez to resign from his field training officer job, according to the suit.

Fearing for his safety and aware of a violent attack by the gang on another station deputy, Gonzalez contacted an attorney to represent him in his disputes with the department, according to his lawsuit.

Attorneys for the county argued in their court papers that there was no evidence the county retaliated against Gonzalez.

They said he asked to take time off from his role as a field training officer and to transfer from the Compton station and that both requests were accommodated. They also said he suffered no economic damages.