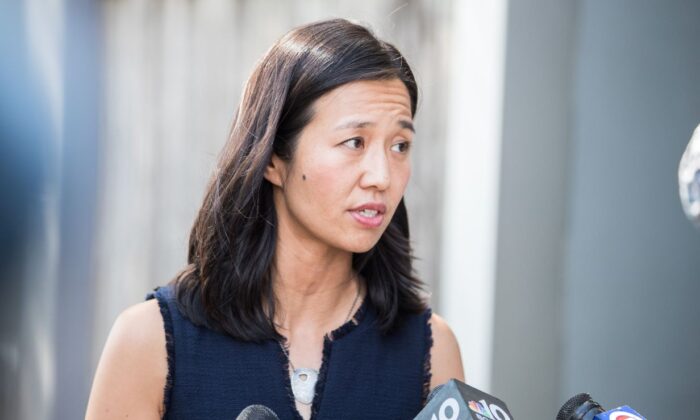 “Given the limited harm to the city and the public health interest it seeks to promote, and the substantial harm likely to be sustained by the unions in the absence of an injunction, the balance of harms favors the issuance of an injunction to preserve the status quo, in view of the unions’ likelihood of success on the merits,” wrote Singh, the Boston Herald reported.

While the mandate will not be enforced, unvaccinated workers must comply with an existing agreement to get tested for COVID-19 weekly.

The judge added that “an injunction would avoid the risk of loss of essential public employees, a harm suffered by the unions and the public alike.”

The decision stems from a lawsuit against the mayor’s vaccine mandate, announced by the mayor in December amid a surge in cases driven by the Omicron variant of the novel coronavirus. Wu set a Jan. 15 deadline for all municipal workers to be fully vaccinated as a condition of employment.

The unions argued that Wu lacked the authority to overrule the existing vax-or-test policy that they had agreed with the city earlier.

The appeals court late last month issued a temporary stay on the mandate for the three unions after they appealed a state Superior Court ruling denying their request to halt the vaccine requirement.

In a statement, Wu’s office said that city officials are “disappointed by today’s decision and are reviewing it carefully.”

“To protect communities and workplaces against COVID-19, courts across the country have repeatedly recognized the rights of state and local governments to require public employees to be vaccinated,” a spokesman for the mayor said.

The spokesman added, “More than 95 percent of the City’s workforce is vaccinated because of the policy we enacted. Our workers and residents who rely on city services deserve to be protected.”

In a Twitter post on Tuesday, Boston Police Superior Officers Federation, one of the unions involved in the lawsuit, said that their case is “not an anti-vaccination fight” but a “a chance to hold our elected leaders accountable while protecting our members’ labor rights.”

The unions have argued that Wu undermined their collective bargaining rights, “ignored written agreements” and “refused to meet with unions in good faith” when she imposed the mandate.