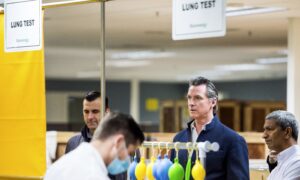 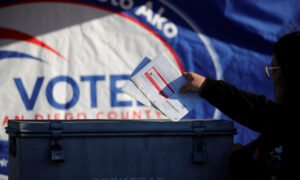 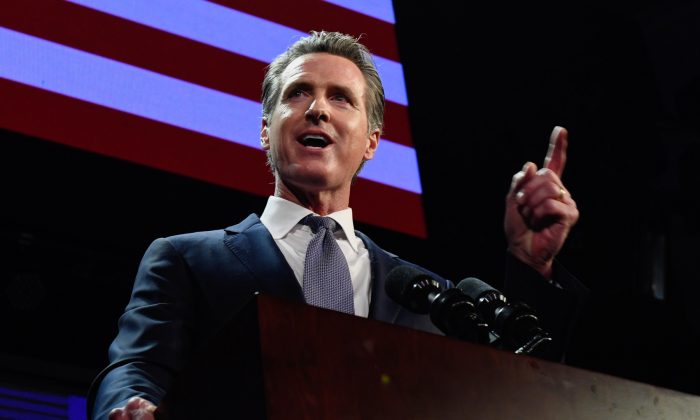 A California Superior Court judge on June 12 granted a temporary restraining order against Gov. Gavin Newsom’s executive order requiring all counties in the state to send vote-by-mail ballots to every registered voter for the Nov. 3 general election.

Sutter County Judge Perry Parker suspended Newsom’s Executive Order N-67-20, issued on June 3, calling it “an impermissible use of legislative powers in violation of the California Constitution and the laws of the State of California.”

The judge’s decision ordered the defendant, Newsom, to appear in Sutter County Superior Court on June 26. At that time, the governor must show why he should not be prohibited from implementing the order, which states that all Californians registered to vote will receive ballots in the mail, and from unilaterally changing laws.

Assemblymembers Kevin Kiley (R-Rocklin) and James Gallagher (R-Yuba City), who filed the request for the restraining order on June 11, called the decision a “a victory for separation of powers.”

“The Governor has continued to brazenly legislate by fiat without public input and without the deliberative process provided by the Legislature. Today the judicial branch finally gave him the check that was needed and that the Constitution requires,” Kiley and Gallagher stated in a joint media release.

Kiley told The Epoch Times that “the era of one-man rule in California is now over.”

“The governor exceeded his powers—as he’s been doing quite frequently—and he tried to change a number of different election laws unilaterally. I hope this serves as a wake-up call, that he start respecting our system of checks and balances,” Kiley said.

Jesse Melgar, the governor’s press secretary, said the new restraining order directs Newsom to explain in court on June 26 why order N-67-20 should not be enjoined, but does not impact the governor’s prior Executive Order N-64-20, which ordered that registered California voters receive vote-by-mail ballots.

N-67-20 modified the previous order by clarifying the vote-by-mail procedure and ensuring sufficient in-person voting opportunities, including mandating at least one polling place for every 10,000 people in each county.

“Nobody should have to choose between their health and their right to vote. The action taken by the court today does not impede or impact California’s ability to move forward with the Governor’s Vote by Mail executive order,” Melgar said via email.

“The state will continue advancing our efforts to ensure that Californians can exercise their right to vote in a safe and accessible manner during the General Election this November, including through registered voters voting by mail,” Melgar said.

In filing the initial request, Kiley and Gallagher stated that Newsom had singlehandedly changed a variety of state election laws, “including the elimination of public meetings with protected groups such as Californians with disabilities and limited English proficiency,” according to their release.

Kiley said the governor has been using the COVID-19 pandemic as an excuse to make changes to the law.

“Elections and the right to vote are foundational to our democracy,” Newsom said on May 8, when he first authorized sending vote-by-mail ballots to all voters.

“No Californian should be forced to risk their health in order to exercise their right to vote. Mail-in ballots aren’t a perfect solution for every person, and I look forward to our public health experts and the Secretary of State’s and the Legislature’s continued partnership to create safer in-person opportunities for Californians who aren’t able to vote by mail,” Newsom said.

Kiley and Gallagher said in their statement that election laws have been drafted to “ensure that the rights of all people to vote are protected.”

“For the Governor to arbitrarily change these laws is wrong. This is why we have acted to end this abusive practice and to restore representative government,” they said in the statement.

Vote-by-mail ballots would be sent out by the counties to all registered voters by Oct. 5 for the Nov. 3 general election, according to state guidelines.