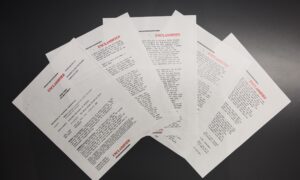 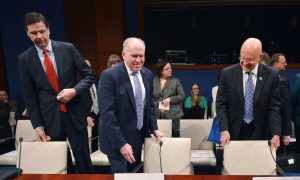 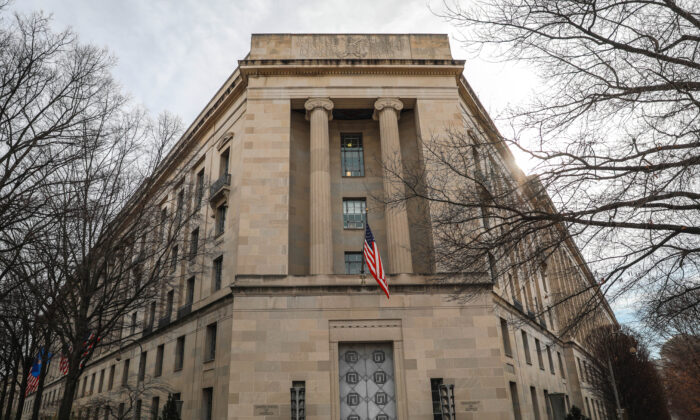 The Department of Justice building in Washington on Jan. 2, 2020. (Samira Bouaou/The Epoch Times)
US News

A federal judge has revoked the citizenship of a convicted terrorist who was involved in a plan to collapse the Brooklyn Bridge in New York back in 2002, the Justice Department (DOJ) announced on Tuesday.

Iyman Faris, 50, from Pakistan, was convicted and sentenced to 20 years in prison in 2003 for providing and conspiring to provide material support to the al Qaeda terrorist group. This included an instance in 2002 where Faris evaluated the practicality of a plot to collapse the Brooklyn Bridge using gas cutters and communicating his findings to al Qaeda via coded messages, according to the DOJ, meeting with Osama bin Laden in 2000, and researching about ultralight airplanes for senior members of the terrorist group.

According to the court filing, Faris confessed to his affiliation with and actions supporting al Qaeda and agreed to cooperate with the FBI to work as a double agent as part of his plea agreement, but he later sought to withdraw his guilty plea, claiming that he lied to the FBI and court.

The DOJ moved (pdf) to strip Faris from his citizenship in May 2019, which was granted by a federal judge in the U.S. District Court for the Southern District of Illinois on Monday (pdf).

The department argued in its motion that Faris’s al Qaeda affiliation within five years after becoming a U.S. citizen established that he was not aligned with the principles of the Constitution and well disposed to the good order and happiness of the United States, a requirement for naturalization. It also argued that Faris was not eligible for naturalization and had “illegally procured” his citizenship by providing willful misrepresentation of facts on his applications and when he lied to immigration officers while under oath.

The department said Faris was inadmissible because he used another person’s passport and visa during the first time he entered into the United States in March 1994 and made false statements on his immigration applications.

In his asylum application, he claimed that he had entered the United States without inspection at Buffalo, New York, in May 1994. Faris then married a U.S. citizen a year later and applied to adjust his status to lawful permanent resident based on his marriage and stated in that form that he had entered the United States from Canada, according to the motion. The department said in the filing that Faris had never been to Canada. The department said Faris then lied about these facts to immigration officers while under oath during an interview related to this application.

An individual applying for naturalization must show that they are a person of “good moral character,” according to the U.S. Citizenship and Immigration Services website.

Assistant Attorney General Jody Hunt for the DOJ’s Civil Division welcomed the ruling in a statement, saying that it is a department goal to “pursue denaturalization of known and suspected terrorists.”

“What Faris did is unconscionable–he pretended to support the United States and the Constitution to naturalize while he actively supported Usama bin Laden and senior al Qaeda leadership in their plans to attack the United States. The denaturalization of Faris and of others who similarly defraud the United States helps defend the integrity of the immigration system, promote the rule of law, and make America safer,” she added.

Faris is currently serving his criminal sentence at the U.S. Penitentiary at Marion, Illinois, and is expected to be released sometime in August 2020. Due to the court’s order, Faris is no longer a U.S. citizen and may be subjected to removal proceedings, the department said.