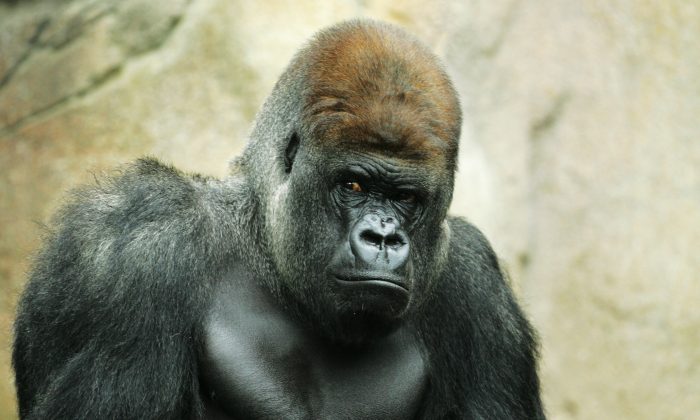 A silverback gorilla named Ndume—out on loan to a California sanctuary—has been ordered returned to its home at the Cincinnati Zoo.

A federal judge in California ruled in favor of the Cincinnati Zoo & Botanical Garden on Feb. 1, in a gorilla custody dispute with The Gorilla Foundation, which wanted to hang on to Ndume, arguing travel would be bad for the animal’s health and “ill-conceived and contrary to his best interests.”

Ndume—who belongs to a species of western lowland gorilla—had been on loan to the Bay area nonprofit sanctuary to serve as a companion for Koko, a silverback that gained renown after researchers claimed it had learned sign language.

Koko died in June 2018, and since then Nduma has been living in isolation from other gorillas.

Kristen Lukas, chair of the Gorilla Species Survival Program, was cited by WCPO as saying that gorillas are social creatures and isolation “is terrible for gorillas.”

District Judge Richard Seeborg wrote in an order, cited by WCPO, that concerns over the potential danger to the gorilla caused by transport were insufficient grounds to justify reneging on a deal to return Ndume to the zoo. Seeborg wrote that the gorilla is “not ordinary chattel,” the Chronicle reported, and that “there is no legal basis to negate that agreement now.”

A 2015 agreement between the Cincinnati Zoo and the Woodside-based Gorilla Foundation, cited by the San Francisco Chronicle, stated that in the event of Koko’s death, Nduma would be taken to an accredited facility.

District Judge Richard Seeborg noted in his ruling that the Gorilla Foundation is not accredited and “there is no indication it ever intended to seek such accreditation.”

Seeborg wrote in the order that he hopes the two parties can work together for the welfare of the gorilla.

“Given that both sides represent that the well-being of Ndume is their paramount interest, however, they are expected to cooperate now to ensure the conditions under which he is transported to the Zoo and begins living there are as optimal as can reasonably be achieved,” Seeborg wrote.

Zoo spokeswoman Michelle Curley said the Cincinnati facility “is pleased that the court is enforcing the loan agreement as it is written.”

“We look forward to working with The Gorilla Foundation to transfer Ndume to Cincinnati safely as soon as possible so that he can once again live with other gorillas,” she said, according to WCPO.

Animal advocacy group PETA argued in favor of the zoo’s case during the legal dispute, arguing that Ndume would be better off in the company of other gorillas.

“PETA celebrates that this judgment represents a new life for Ndume the gorilla and is an official court declaration that an intelligent, sensitive gorilla is ‘not ordinary chattel,'” PETA said in a written statement cited by WCPO. “We look to The Gorilla Foundation to follow the court’s order and cooperate with the Cincinnati Zoo without delay so that Ndume can finally be supported by expert care and have the essential companionship of his fellow gorillas.”

The Gorilla Foundation argued against remanding Ndume to the zoo, writing in a blog post that the Association of Zoos and Aquariums and the Cincinnati Zoo were trying to “continue their insensitive treatment of sentient animals, like Ndume, as property that can be warehoused—as if such highly intelligent creatures have no thoughts, feelings, personalities or self-awareness.”

They also argued that because of his old age and existing family groups at the Cincinnati Zoo, the only way the facility could ensure Ndume’s safety would be to isolate him near other gorillas.

“The frustration associated with such solitary confinement would be intolerable for Ndume,” TGF wrote.

“After 27 years of peaceful, healthy (and communicative) interaction with other gorillas and his caregivers,” TGF asks, “Why wouldn’t it be in the best interests of Ndume to stay in his sanctuary home?”