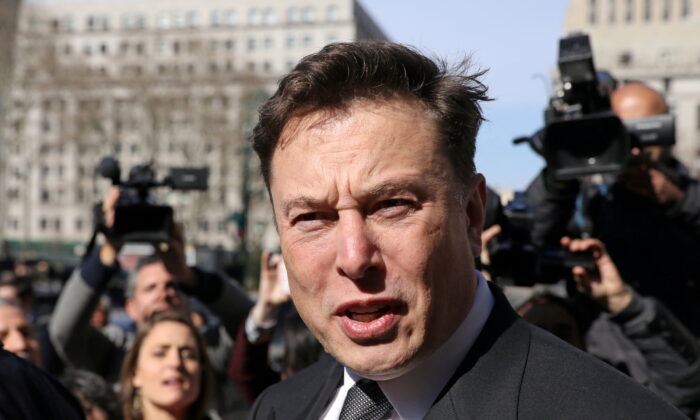 A Tuesday hearing marked the conclusion of the first legal square-off between Elon Musk and Twitter, during which the judge declared a trial date closer to the one Twitter proposed.

Chancellor Kathaleen McCormick of the court of Chancery in Delaware presided over the hearing, ordering that a 5-day trial take place in October 2022.

The court’s Tuesday ruling is the first in the billionaire’s high-profile legal battle with Twitter.

The trial date the court prescribed is about a month later than the September 2022 expedited trial date Twitter requested and four months earlier than the February 2023 trial date Musk requested.

The social media platform is suing Musk to force him to complete a $44 billion acquisition deal at the previously agreed price of $54.20 a share.

The hearing came after lawyers representing Musk requested on July 15 that the trial be held on or after Feb. 13, 2023, calling the proposed 7-month preparation already “an extremely rapid schedule for a case of this enormous magnitude.”

Twitter disputed Musk’s request in a July 18 filing, saying the schedule would cause the social media company “irreparable harm” as the uncertainties associated with the case would negatively affect the company’s public perception and employee retention.

“Musk offers no reason to think discovery must be so expansive that a trial must wait until next year,” Twitter’s attorneys stated in the July 18 filing. “The earliest possible trial date is imperative. This very public dispute harms Twitter with each passing day Musk is in breach.”

​​”Musk has been and remains contractually obligated to use his best efforts to close this deal,” William Savitt, the attorney representing Twitter, said during the hearing. “What he’s doing is the exact opposite; it’s sabotage.”

Musk’s lawyers reinforced during the hearing their claim that Twitter, since the parties signed the merger agreement, refused to provide a key metric that determines Twitter’s profitability—the monetizable daily active users (mDAU)—despite multiple requests from Musk.

“The core dispute over false and spam accounts is fundamental to Twitter’s value. It is also extremely fact and expert intensive, requiring substantial time for discovery,” Musk’s lawyers said in a filing on Friday, adding that Twitter’s refusal to provide this information drove Musk to file to walk away from the deal on July 8.

During the hearing, Andrew Rossman, the attorney representing Musk, cast doubt on Twitter’s public records showing the social media platform’s proportion of bot accounts to be less than 5 percent.

“We have reason to believe, based on what we’ve seen so far, that the real numbers are significant for the 5 percent, your Honor,” Rossman said. “And that has enormous implications for the long-term value of the company.”

Therefore, Rossman argued, the defendant is looking for a discovery period that would allow the defendant to examine “dauntingly complex” issues such as mDAU and other data-intensive metrics.

Rossman added that the idea that Musk is “trying to damage the company” or is effectively damaging it is “preposterous.”

“He has no interest in damaging the company, no matter what happens with this case. He’s the second-largest shareholder with a far greater economic stake than the entire Twitter board,” the attorney said in the hearing.

Another issue contended between the parties is if the merger agreement’s Oct. 24, 2022 “drop dead” date—a deadline stated in the contract—passes without a finalized transaction, would allow either party to break away from the contract and warrant an expedited trial.

Twitter accused Musk of attempting to run out the clock by proposing the April 2023 trial date. Musk’s legal representatives contended that the “drop dead” date would be void if either side of the contract initiated litigation.