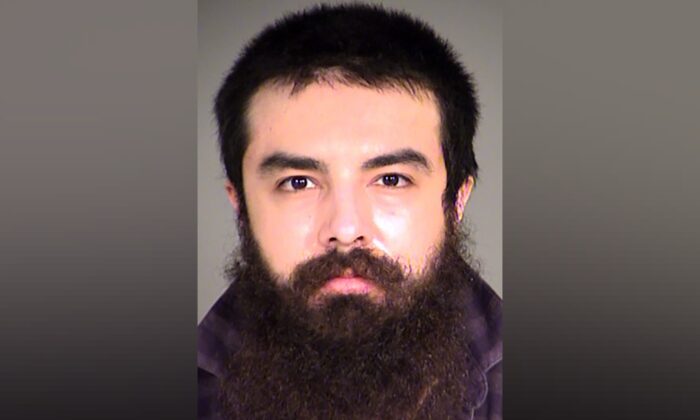 FOND DU LAC, Wis.—A Wisconsin judge committed a man accused of targeting a motorcyclist in a fatal crash because of the victim’s race to life in a mental institution Thursday.

Navarro pleaded not guilty by reason of mental disease or defect. The convictions triggered a second phase of his trial in which the jury was tasked with determining his mental state at the time of the crash, a key finding that helps determine whether he should face prison time or be institutionalized.

Thiessen, 55, was a retired special agent with the Wisconsin Department of Justice and a former police officer.

Navarro told investigators he had been harassed by co-workers and neighbors, and poisoned, drugged and verbally attacked by white people because of his race, officials said.

During an interview at the sheriff’s office, Navarro said he wanted to go to prison for the rest of his life so he could be free from his neighbors, who he could hear making racist comments through the walls of his house, according to a criminal complaint.