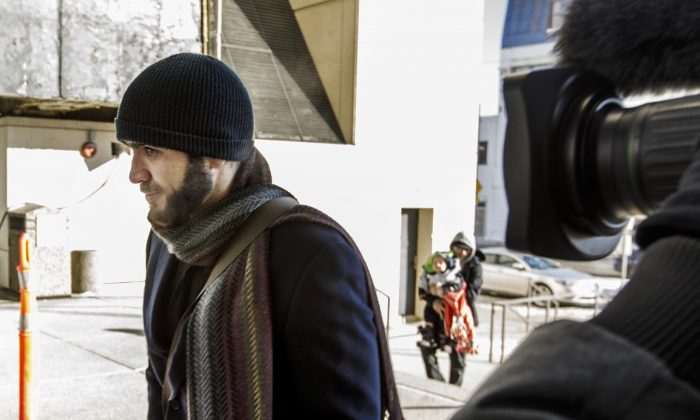 Omar Khadr makes his way into the courthouse in Edmonton on Tuesday Feb. 26, 2019. (The Canadian Press/Jason Franson)
Canada

Khadr was accused of tossing a grenade that killed U.S. special forces soldier Christopher Speer in Afghanistan in 2001.

An eight-year sentence imposed in 2010 would have ended last October had Khadr remained in custody.

But the clock stopped ticking when a judge freed him on bail in 2015 pending Khadr’s appeal of his military conviction in the United States.

She told an Edmonton court Monday that, with that in mind, she ruled Khadr has served his time.

The Supreme Court of Canada had already said the punishment handed Khadr for alleged acts committed in Afghanistan when he was 15 years old was to be a youth sentence.

Khadr’s lawyer Nathan Whitling had argued earlier this year that Khadr had served more than seven years in custody and on bail.

The Crown had argued Khadr should serve the remainder of his sentence in the community.

Khadr’s case has ignited divisive debate among Canadians over terrorism, human rights, and the rule of law since it was revealed in 2017 that the federal government settled a lawsuit filed by him for a reported $10.5 million.

The payout followed a 2010 ruling by Canada’s Supreme Court that Khadr’s charter rights were violated at Guantanamo and that Canadian officials contributed to that violation.